SV Sandhausen will be hosting the visiting Hannover at BWT-Stadion am Hardtwald in this Bundesliga 2 match on Friday.

Scroll down to see all of the predictions, poll and statistics for SV Sandhausen v Hannover (inc. the best betting odds).

SV Sandhausen head into this match coming off the back of a 1-1 Bundesliga 2 drawn game versus St. Pauli.

Over their last six games, Alois Schwartz's SV Sandhausen have seen rewards for their attempts on goal 5 times - an average number of goals per match of 0.83.

In their last game, Hannover drew 1-1 in the Bundesliga 2 match with Eintracht Braunschweig.

In their last 6 clashes, Hannover have helped themselves to the sum of 11 goals. Hannover have also scored on each one of those occasions. During those fixtures, their defenders have seen 6 goals go into their own net. That being said, we’ll just have to find out if such a trend will be maintained here in this game or not.

Coming into this clash, Hannover are unbeaten in their previous 2 away league matches.

Looking over their most recent head to head meetings going back to 01/11/2019 tells us that SV Sandhausen have won 4 of them & Hannover 1, with the number of draws standing at 1.

There were also goals galore in those games, with 23 in total at an average of 3.83 goals per match.

The previous league game between these sides was Bundesliga 2 match day 25 on 05/03/2022 when it finished SV Sandhausen 3-1 Hannover.

That time, SV Sandhausen had 38% possession and 16 attempts on goal with 6 of them on target. The goalscorers were Chima Okoroji (7') and Janik Bachmann (82').

Hannover got 7 shots at goal with 2 on target. Marcel Franke (19' Own goal) and Sebastian Stolze (21') scored.

Hannover manager Stefan Leitl has not got a full squad to pick from. Tim Walbrecht (Sprained Ankle) and Sebastian Ernst (Achilles tendon rupture) are those who can’t be considered.

We’re thinking that SV Sandhausen could find themselves struggling to score goals against this Hannover lineup who we reckon should score one, at least.

With that in mind, we reckon that it will be a 0-1 advantage for Hannover when all is said and done. 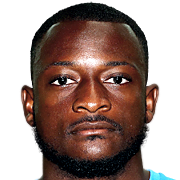 Typically used in the Centre Midfield position, David Kinsombi was born in Rüdesheim am Rhein, Germany. After making a first senior appearance for Eintracht Frankfurt in the 2014 - 2015 season, the accomplished Midfielder has scored 4 league goals in the 2. Bundesliga 2022 - 2023 season so far in 8 appearances.

While we have made these predictions for SV Sandhausen v Hannover for this match preview with the best of intentions, no profits are guaranteed. Always gamble responsibly, and with what you can afford to lose. Best of luck.