The Championship game at MKM Stadium on Saturday sees home team Hull City ready themselves for the challenge from opponents QPR.

Scroll down to see all of the predictions, poll and statistics for Hull City v Queens Park Rangers - as well as up-to-date odds.

Hull City will be hoping to bounce back here after a 1-0 Championship defeat in their last game at the hands of Sheffield United.

Under three goals per match were seen in 5 of the last 6 meetings where Hull City have been involved. Breaking down the goal weighting from this period, their opponents scored a total of 6 and Hull City managed the sum of 7. That trend might not be carried forward into this game, of course.

Analysis of their past results shows that Hull City:

In their previous game, QPR drew 1-1 in the Championship match with Swansea City.

The stats tell the story, and QPR have been scored against in 5 of their last 6 matches, with opponents netting 9 goals overall. At the back, Queens Park Rangers just haven’t been too solid at all.

A look at their past head to head meetings dating back to 16/03/2019 shows that Hull City have won 1 of these games and QPR 3, with the tally of drawn games being 2.

21 goals were yielded between them during those clashes, with 8 of them from The Tigers and 13 for The R's. That’s an average goals per game figure of 3.5.

For their opponents, Hull City had 7 attempts on goal with 3 of them on target. Tyler Smith (85') was the scorer.

Owing to a fully healthy squad to pick from, the QPR boss Neil Critchley doesn’t have any fitness worries to report before this game.

Queens Park Rangers and Hull City should both be able to score here although it’s hard to pick a clear winner.

It appears that a draw might be on the cards. That’s why our selection here is for a tight encounter with a 1-1 score at the end of this one. 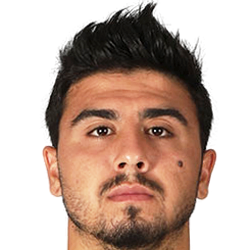 Regularly used in the Central Defensive Midfielder position, Ozan Tufan was born in Bursa, Turkey. Having played his first senior match for Bursaspor in the 2012 - 2013 season, the gifted Midfielder has hit 4 league goals in the Championship 2022 - 2023 campaign so far in a total of 24 appearances.

While we have made these predictions for Hull City v Queens Park Rangers for this match preview with the best of intentions, no profits are guaranteed. Always gamble responsibly, and with what you can afford to lose. We wish you the best of luck.