Huracán meet away team Patronato at Estadio Tomás Adolfo Ducó in the Superliga tie on Tuesday.

Huracán will be hoping to return to winning ways here after the 4-1 Superliga loss in their previous game against Estudiantes de La Plata.

It’s been all too rare in recent games where Huracán have kept a clean sheet. It will be a concern for them that Huracán have seen their defence breached in 6 of their previous 6 clashes, letting in 11 goals in the process. Historical results aside, we must now wait to see whether that pattern shall be replicated here in this match.

Patronato head into the encounter following a 3-2 Superliga win in the defeat of Lanús in their most recent outing.

Showing their predisposition for fruitful encounters, goals have been scored 27 times in the last 6 matches in which Patronato have taken to the field, yielding an average of 4.5 goals for each fixture. Opposition teams have hit 15 of those goals.

Coming into this contest, Patronato haven’t won away from home in the past 10 league matches. What a terrible run of away results.

Inspecting their past head-to-head clashes dating back to 02/12/2017 shows us that Huracán have won 3 of them & Patronato 2, with the tally of drawn matches standing at 1.

A combined sum of 11 goals were scored between the two sides during those clashes, with 6 for El Globo / Los Quemeros and 5 created by El Patrón. That is an average goals per game value of 1.83.

The Huracán boss Frank Kudelka will be grateful to have no fitness concerns to speak of ahead of this clash owing to a completely injury-free squad available to choose from.

Due to a fully healthy squad to choose from, the Patronato manager Iván Delfino has zero fitness concerns to speak of coming into this clash.

Huracán will, in all likelihood, dominate possession and create several successful chances.

At the same time, Patronato could well find it tough to score a goal of their own but we do fancy them being dangerous at times, too.

Our selection here is for a pretty comfortable 3-1 margin for Huracán when the full-time whistle blows. 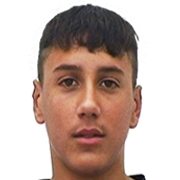 Typically played in the Striker position, Jhonatan Candia was born in Montevideo, Uruguay. Having made a first senior appearance for Huracán in the 2021 season, the talented Forward has scored a sum of 3 league goals in the Superliga 2021 campaign to date from a total of 20 appearances.

While we have made these predictions for Huracán v Patronato for this match preview with the best of intentions, no profits are guaranteed. Always gamble responsibly, and with what you can afford to lose. Good luck with your selections.