This IFK Norrköping v Örebro SK live stream video is set for broadcast on 16/09/2021. Fans of both clubs can watch this match on a live streaming service if this match is included in the schedule mentioned above. Here we arm you with helpful information for watching this Allsvenskan game that includes the most recent guide to form, head to head meetings and our match views.

In order to watch the game via other sources, look up television schedules for your country. Such broadcasting contracts are usually allocated on a per-competition/league or even single match basis. For games shown live on regional television programmes, check the listings on the likes of BT Sport, Amazon Prime Video, Sky Sports, Now TV, iTV, Canal+, Fox Soccer, ESPN that are relevant for where you are.

Where the abovementioned broadcaster indicates that they have the IFK Norrköping v Örebro SK football live streaming service, you can view it on mobile devices (iPhone, Android including Sony Xperia) and computer as well as tablet (eg iPad, Huawei MediaPad).

Post-game, we might also provide a link to the match highlights from time to time. We are not responsible for the transmission of any game video content linked to from here. All legal issues must be done by contacting the hosters/owners of this content.

Örebro SK make the trip to PlatinumCars Arena on Sunday for the Allsvenskan tie with home team IFK Norrköping.

Our predictions, user poll and statistics for IFK Norrköping v Örebro SK can be found here - plus the latest betting odds.

IFK Norrköping haven’t had any problems with scoring, netting every time they’ve gone out to play in their last 6 games.

They have claimed a sum of 12 during that time while seeing the number of goals scored against them stand at 6. With no two games being the same, we’ll just have to find out if that trend might be maintained in this upcoming game.

Since tasting defeat last time out to Varbergs BoIS in Allsvenskan competition, Örebro SK will be hoping to turn things around here.

In that game, Örebro SK managed 66% possession and 12 shots at goal with 2 of them on target. Varbergs BoIS got 10 shots on goal with 6 on target. Simon Karlsson Adjei (53'), Oliver Stanisic (73') and Alexander Johansson (94') scored for Varbergs BoIS.

The stats don’t lie, and Örebro SK have been scored against in 5 of their last 6 games, seeing opposing sides hit 9 goals in total. Defensively, Örebro SK seem to have a bit of a soft underbelly.

A review of their most recent head-to-head meetings going back to 04/11/2018 shows that IFK Norrköping have won 5 of these and Örebro SK 1, with the tally of drawn results being 0.

There were also goals galore in those games, with 23 in total at an average of 3.83 goals per meeting.

The IFK Norrköping manager Rikard Norling will be grateful to have no fitness concerns at all before this clash thanks to a fully healthy squad available to choose from.

Örebro SK manager Vítor Gazimba has to contend with a number of unavailable players. Patrick Luan (Unknown Injury) and Ahmed Yasin (Cruciate Ligament Rupture) will miss out on this game.

We envisage that Örebro SK will likely create enough chances to breach the defence of this IFK Norrköping side, but it isn’t expected to prevent them from conceding a couple at the other end.

We can see both teams to score in a 2-1 advantage for IFK Norrköping after 90 minutes. It should be a decent one. 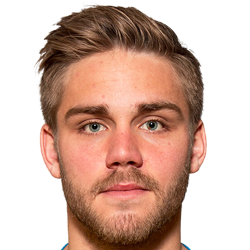 Generally used in the Striker position, Christoffer Nyman was born in Norrköping, Sweden. Having made his senior debut playing for IFK Norrköping in the 2010 season, the dangerous Forward has got 3 league goals in this Allsvenskan 2021 season so far coming from a total of 8 appearances.

While we have made these predictions for IFK Norrköping v Örebro SK for this match preview with the best of intentions, no profits are guaranteed. Always gamble responsibly, and with what you can afford to lose. Good luck!

⚽️ Where can I find the predictions for other Allsvenskan matches?

You can see all of the next (and previous) Allsvenskan predictions & previews here.