IK Brage will be facing visiting rivals Ljungskile SK at Domnarvsvallen in the Superettan meeting on Thursday.

View all IK Brage v Ljungskile SK tips, stats and our pre-match poll below - plus the latest betting odds.

IK Brage will be wanting a better result here following a 2-0 Superettan defeat in their last game at the hands of Halmstads BK.

Klebér Saarenpää's IK Brage have managed to score 10 times over their prior 6 outings. The corresponding tally of goals that have been scored against them in those same games amounts to 6.

Going into this one, IK Brage have not won at home in their last 2 matches in the league.

After tasting defeat last time out to Västerås SK in Superettan competition, Ljungskile SK and their travelling supporters will be hoping that they can get a better result in this one.

It is worth noting that Ljungskile SK have failed to get amongst the goals over their last six games, contributing the unsatisfactory return of just 1. In those matches, LSK have also seen the collective goal aggregate of their opponents equal 9.

Coming into this clash, Ljungskile SK are without an away win for the past 13 league games. What a horror away run it has been.

If we look at their past head to head meetings dating back to 16/10/2011, there has been little between the sides with IK Brage winning 2 of those games, Ljungskile SK 2 and 2 being drawn in regulation time.

An aggregate of 19 goals were scored between the two sides throughout the course of those matches, with 9 of them for IK Brage and 10 created by LSK. That is an average goals per game value of 3.17.

IK Brage manager Klebér Saarenpää has zero fitness concerns at all ahead of this clash owing to a completely healthy group available to select from.

Owing to a fully injury-free group to choose from, Ljungskile SK boss Jörgen Wålemark does not have any fitness concerns whatsoever ahead of this clash.

We’re of the view that IK Brage look likely to be able to score a couple when they meet Ljungskile SK, who may well find it hard to score themselves.

We’re therefore anticipating a 2-0 win for IK Brage by the time that the referee blows the final whistle. 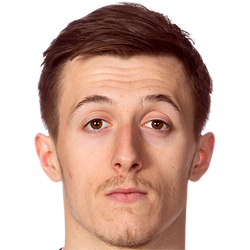 Mostly playing in the Left Attacking Midfielder position, Leonard Pllana was born in Sweden. After making a first senior appearance for Dalkurd FF in the 2016 season, the gifted Midfielder has scored 7 league goals in the Superettan 2020 campaign so far in 23 appearances.

We have made these IK Brage v Ljungskile SK predictions for this match preview with the best intentions, but no profits are guaranteed. Please always gamble responsibly, only with money that you can afford to lose. Good luck with your selections.