IK Brage head to Ruddalens IP on Sunday for the Superettan clash with hosts Utsiktens BK.

For all of our match predictions, pre-game poll and statistics for Utsiktens BK v IK Brage, scroll down - plus the latest betting odds.

Utsiktens BK prepare for this game coming off the back of a 1-1 Superettan draw against Skövde AIK.

Matches involving Utsiktens BK have often been engaging encounters recently with plenty of scoring the rule rather than the exception. Over their past six clashes alone, the sum of 20 goals have been scored for both sides combined (at an average of 3.33 goals per game) with 12 of them belonging to Utsiktens BK.

Analysis of their past results shows that Utsiktens BK:

IK Brage come into this clash following a 2-1 Superettan win versus Norrby IF in their previous match.

For IK Brage, goals were scored by André Reinholdsson (51') and Johan Arvidsson (56'). Perparim Beqaj (60') was the scorer for Norrby IF.

Klebér Saarenpää's IK Brage have had reason to celebrate scoring 12 times throughout their most recent six matches. The overall goals that have been scored against them during that same period adds up to 5.

The Utsiktens BK boss Bosko Orovic does not have any fitness concerns whatsoever coming into this clash thanks to a completely healthy squad available to choose from.

Due to a completely healthy squad available to select from, the IK Brage manager Klebér Saarenpää doesn’t have any fitness worries whatsoever ahead of this clash.

In our opinion, IK Brage could find themselves struggling to get anything against this Utsiktens BK lineup who should emerge victorious.

That’s why we have predicted a good tussle with a 1-0 win for Utsiktens BK at the end of the match. 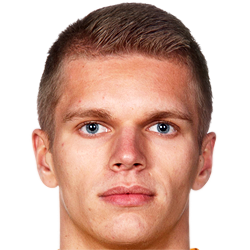 Normally played in the Striker position, Lucas Hedlund was born in Sweden. After making a first senior appearance for BK Häcken in the 2018 season, the talented Forward has hit 2 league goals in this Superettan 2022 campaign to date coming from a total of 4 appearances.

While we have made these predictions for Utsiktens BK v IK Brage for this match preview with the best of intentions, no profits are guaranteed. Always gamble responsibly, and with what you can afford to lose. We wish you the best of luck.