Ilves make the trip to Savon Sanomat Areena on Sunday for the Veikkausliiga fixture with home team KuPS.

Full predictions, pre-match stats and user poll for KuPS v Ilves are shown on this page - as well as up-to-date odds.

KuPS will play in this game after a 2-2 Conference League Qualifiers stalemate against Vorskla Poltava.

Their more recent scorelines show that huge efforts have been put in by the KuPS defence. Keltamusta have been stingy, resulting in the tally of goals that have gone past their goalkeeper over the course of their previous six outings standing at 3. Previous results aside, time will tell whether that trend might continue on in this next match.

Following on from a loss in their previous game against SJK in Veikkausliiga competition, Ilves will be hoping to turn things around here.

The stats tell the story, and Ilves have been scored against in 5 of their last 6 matches, seeing their opponents hit 6 goals in all. In defence, Ipa could really do with shoring things up.

Taking a look at their past results, Ilves:

An examination of their prior head-to-head clashes going back to 24/05/2019 shows us that KuPS have won 3 of these and Ilves 1, with the tally of drawn matches being 2.

A sum of 12 goals were scored between the two sides during those clashes, with 8 for Keltamusta and 4 coming from Ipa. That’s an average goals per game of 2.

The last league clash between the two was Veikkausliiga match day 8 on 22/05/2021 which ended up with the score at Ilves 3-2 KuPS.

The match was refereed by Oliver Reitala.

KuPS boss Simo Valakari has no fitness worries to speak of ahead of this game with a completely injury-free squad available to select from.

Due to a fully injury-free squad to choose from, Ilves boss Jarkko Wiss doesn’t have any fitness concerns at all before this match.

We’re thinking that Ilves have the ability to breach the defence of this KuPS side, although that may not quite be as many as the goals that they could concede.

We think that it’s going to be a tight encounter finishing with a 2-1 advantage for KuPS after 90 minutes. Should be a good one. 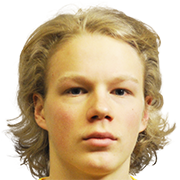 Normally played in the Centre Midfield position, Urho Nissilä was born in Finland. Having made his senior debut playing for KuPS in the 2015 season, the skilful Midfielder has managed to score 3 league goals in this Veikkausliiga 2021 campaign to date coming from a total of 12 appearances.

While we have made these predictions for KuPS v Ilves for this match preview with the best of intentions, no profits are guaranteed. Always gamble responsibly, and with what you can afford to lose. Good luck if you do place a bet today.