This Patronato v Independiente live stream video is set to be broadcast on 26/06/2022. Football fans can watch this clash on a live streaming service if this match is featured in the schedule referenced above. Here we provide useful info for watching this Superliga game that includes the most recent guide to form, head to head meetings and our match tips.

In order to watch the game via other ways, search for broadcasters’ listings for your country. Such broadcasting deals are often distributed on a per-competition/league or even single fixture level. For games shown live on regional tv programmes, check the listings on channels such as BT Sport, Amazon Prime Video, Sky Sports, Now TV, iTV, Canal+, Fox Soccer, ESPN depending on your location.

Where the abovementioned broadcaster is showing Patronato v Independiente football live streaming coverage, you’ll be able to see the game on your mobile (iPhone, Android including Infinix) and desktop as well as tablet (eg iPad, Lenovo Tab).

After the match finishes, we might also provide a link to the match highlights from time to time. We aren’t responsible for transmitting any game video content linked to from here. All legal issues must be dealt with via the hosters/owners of the content.

Independiente will visit Estadio Presbítero Bartolomé Grella on Monday for the Superliga clash with home side Patronato.

For all of our match predictions, pre-game poll and statistics for Patronato v Independiente, scroll down - plus the latest betting odds.

Patronato will be hoping to return to winning ways here after the 3-1 Superliga defeat in their last game at the hands of Sarmiento.

In that match, Patronato had 54% possession and 8 shots at goal with 4 of them on target. For Patronato, goals were scored by Diego García (42') and Raúl Lozano (52' Own goal). For their opponents, Sarmiento had 23 attempts on goal with 8 on target. Franco Quinteros (26') and Javier Toledo (90') scored for Sarmiento.

Patronato have struggled with their forward play in recent times. Their goals record equals just 3 against opponents over their last six outings. In those games, Patronato have also seen the number of goals scored against them come to 13.

Coming into this fixture, Patronato are undefeated in their last 3 home league matches.

Independiente head into the encounter following on from a 2-1 Superliga win over Estudiantes de La Plata in their previous match.

During their 6 previous matches, Eduardo Domínguez's Independiente have turned their attacks into goals a total of 9 times - yielding them a goals per game average of 1.5.

Looking at their past head-to-head clashes dating back to 09/04/2017 shows that Patronato have won 1 of these and Independiente 4, with the tally of drawn results standing at 1.

A total of 14 goals were produced between them in these games, with 3 for El Patrón and 11 coming from El Diablo Rojo. The average goals per game has been 2.33.

The previous league contest featuring the two was Superliga match day 3 on 28/07/2021 and the score finished Independiente 2-0 Patronato.

In that match, Independiente had 62% possession and 17 attempts on goal with 5 on target. The scorers were Andrés Roa (53') and Silvio Romero (70').

On the other side, Patronato had 14 shots on goal with 3 on target.

The Patronato boss Facundo Sava has no fitness concerns at all before this game owing to a completely healthy squad available for selection.

With a completely healthy squad to pick from, the Independiente manager Eduardo Domínguez doesn’t have any fitness concerns to speak of coming into this game.

We’re inclined to think that Patronato may not find it easy to find the net against this Independiente outfit who we think will get the vital goal that wins it.

We’re therefore anticipating a very even contest with a 0-1 winning margin for Independiente at the end of this game. 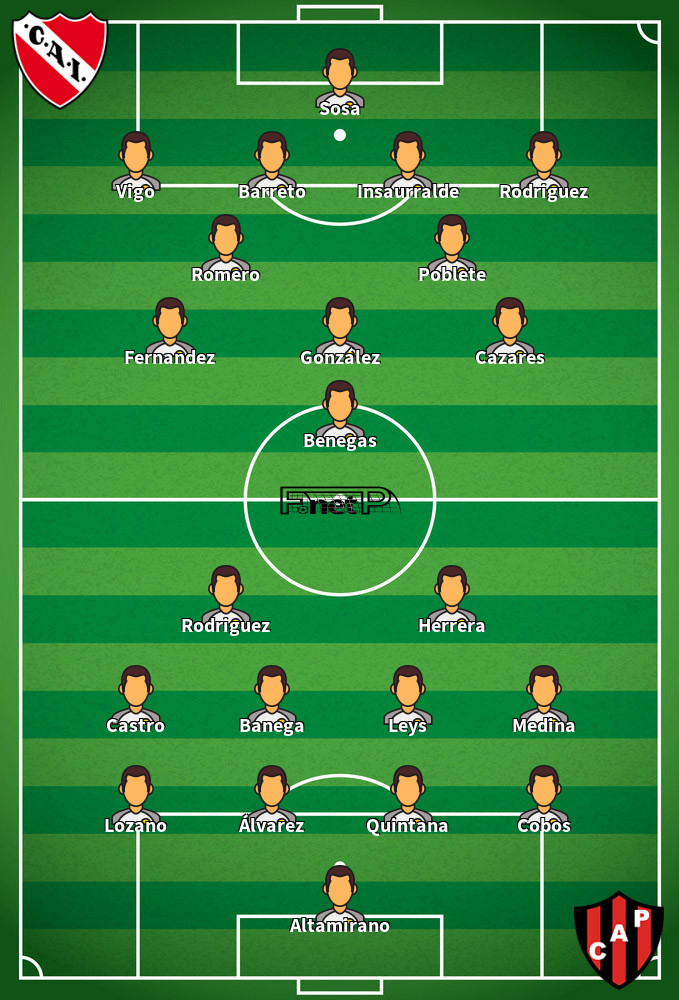 While we have made these predictions for Patronato v Independiente for this match preview with the best of intentions, no profits are guaranteed. Always gamble responsibly, and with what you can afford to lose.

⚽️ Where can I get the predictions for other Superliga games?

View all of the next (and previous) Superliga predictions & previews here.