Ipswich Town face off with visiting rivals Morecambe at Portman Road in this League One tie on Tuesday.

Our Ipswich Town v Morecambe tips, poll and stats can be seen in full below - as well as the best betting odds.

Ipswich Town will be hoping to bounce back here after the 2-1 League One defeat in their last game at the hands of Oxford United.

The only name on the scoresheet from Ipswich Town was Leif Davis (38'). Yanic Wildschut (34') and Cameron Brannagan (83') scored for Oxford United.

It has been a rare occasion in recent games where Ipswich Town have managed to hold out for a full 90 minutes. It will be a concern for them that Ipswich Town have been scored against in 5 of their previous 6 games, leaking 7 goals on the way. We shall soon find out whether or not that trend will be sustained into this next match.

Coming into this fixture, Ipswich Town have not been beaten in their last 6 home league matches.

Morecambe will go into this clash following on from a 2-1 League One win in the defeat of Cheltenham Town in their last match.

For Morecambe, the scorers were Jensen Weir (20') and Kieran Phillips (47'). Alfie May (39') was the scorer for Cheltenham Town.

Throughout their six previous matches, Derek Adams's Morecambe have had reason to celebrate scoring 11 times, giving them a goals scored per game average of 1.83.

The previous league match between these clubs was League One match day 14 on 08/10/2022 which finished with the scoreline of Morecambe 1-2 Ipswich Town.

The referee was Thomas Kirk.

Thanks to a completely healthy squad to pick from, the Morecambe boss Derek Adams has no fitness concerns to report ahead of this clash.

We’re of the view that Morecambe will likely be able to find the back of the net against this Ipswich Town team, although it is unlikely to prevent them from conceding a couple at the other end.

Our tip is for a close game with a 2-1 winning margin for Ipswich Town by the conclusion of the game. Let’s wait and see how it plays out. 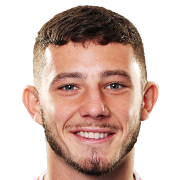 Mostly used in the Striker position, Conor Chaplin was born in Worthing, England. After having made a senior debut playing for Portsmouth in the 2014 - 2015 season, the accomplished Forward has bagged 9 league goals in this League One 2022 - 2023 campaign so far in a total of 25 appearances.

We have made these Ipswich Town v Morecambe predictions for this match preview with the best intentions, but no profits are guaranteed. Please always gamble responsibly, only with money that you can afford to lose. Good luck with your selections.