Our JEF United Chiba v V-Varen Nagasaki predictions, statistics and match poll can be seen below - plus the latest match odds.

JEF United Chiba are hoping to win again after their last result, a 0-2 J2 League victory vs Albirex Niigata.

It has been all too rare in recent times where JEF United Chiba have kept a clean sheet. The facts show that JEF Utd have been scored against in 5 of their previous 6 matches, giving up 12 goals during that time.

Going into this encounter, JEF United Chiba are without a home win in the past 2 league games.

Since suffering a loss in their previous game against FC Ryukyu in J2 League action, V-Varen Nagasaki and their travelling fans will hope for a better result here.

Shuto Kawai (69') was the scorer for FC Ryukyu.

A sequence of reliable showings by the V-Varen Nagasaki defensive unit has resulted in their ‘goals against’ tally amounting to 4 from their previous 6 outings in total. During the same period of time, their forwards have scored 14. Regardless, we must now wait to see whether that trend might be sustained in this next match.

Coming into this clash, V-Varen Nagasaki haven't been defeated in their previous 4 league matches away from home.

Inspecting their prior head to head meetings going back to 30/10/2016 shows us that JEF United Chiba have won 2 of these and V-Varen Nagasaki 3, with the tally of drawn games being 1.

17 goals were produced between them during those clashes, with 9 for JEF Utd and 8 netted by VVN. This gives an average number of goals per game equal to 2.83.

The last league game between these clubs was J2 League match day 13 on 19/08/2020 and the score finished V-Varen Nagasaki 2-0 JEF United Chiba.

There is just the sole fitness concern for the JEF United Chiba boss Jung-Hwan Yoon to contend with from a near full-strength group of players. Peter Kwame Aizawa (Torn Meniscus) won’t play.

In an otherwise full-strength squad, there is only a single fitness issue for the V-Varen Nagasaki boss Makoto Teguramori to be concerned about. Masashi Kamekawa (Hamstring Injury) misses out for this game.

We’re envisaging that JEF United Chiba will have to work hard as a team to register a score against this V-Varen Nagasaki outfit who will likely gain the upper hand.

We’re therefore tipping a very competitive game with a 0-1 win for V-Varen Nagasaki when the full-time whistle blows. 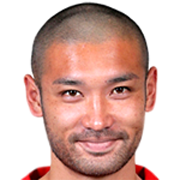 Regularly used in the Striker position, Kengo Kawamata was born in Ehime, Japan. Having made his senior debut playing for Ehime FC in the 2006 season, the dangerous Forward has struck 6 league goals in this J2 League 2020 season so far from a total of 19 appearances.

We have made these JEF United Chiba v V-Varen Nagasaki predictions for this match preview with the best intentions, but no profits are guaranteed. Please always gamble responsibly, only with money that you can afford to lose. We wish you the best of luck.