The Kawasaki Frontale v Júbilo Iwata live stream video is ready for 25/06/2022. Supporters of the teams can watch the game on a live streaming service should the game be included in the schedule referenced above. Here we provide helpful information for watching this J1 League game including the most recent guide to form, h2h meetings and our game views.

To view the match using alternative methods, check tv listings in your country. These broadcasting rights are typically allocated on a per-competition/league or even individual fixture arrangement basis. For games shown live on regional tv programmes, check the listings on channels such as BT Sport, Amazon Prime Video, Sky Sports, Now TV, iTV, Canal+, Fox Soccer, ESPN that are relevant for your location.

Post-game, we may also provide a link to match highlights from time to time. We are not responsible for transmitting any game video content linked to from here. All legal complaints must be done by contacting the hosters/owners of said content.

Our full set of predictions, statistics and match poll for Kawasaki Frontale v Júbilo Iwata can be seen below - as well as up-to-date odds.

Kawasaki Frontale will be hoping for a repeat of their last result, following the 5-2 J1 League triumph vs Consadole Sapporo.

A common trait of more recent Kawasaki Frontale games is the number of nil scores.

Taking their previous sextet of matches leading up to this one, in as many as 5 of them a bet on "Both Teams to Score" would've been a loser. We will just have to see if that trend will end up being continued on here.

Heading into this fixture, Kawasaki Frontale haven't been beaten in the league by Júbilo Iwata in their previous 5 matches.

Júbilo Iwata come into this clash after a 3-1 J1 League win over Sagan Tosu in their most recent game.

In that match, Júbilo Iwata managed 26% possession and 7 attempts at goal with 3 on target. For Júbilo Iwata, the scorers were Fabián González (8', 13') and Naoki Kanuma (27'). Sagan Tosu had 6 shots on goal with 2 on target. Taisei Miyashiro (53') scored for Sagan Tosu.

Looking at their form, and Júbilo Iwata have been scored against in 5 of their last 6 matches, seeing opposing sides hit 7 goals in all. In defence, Júbilo Iwata seem to have a bit of a soft underbelly.

Leading up to this clash, Júbilo Iwata:

A review of their most recent head-to-head clashes stretching back to 29/07/2017 shows us that Kawasaki Frontale have won 4 of these & Júbilo Iwata 1, with the tally of drawn games standing at 1.

An aggregate of 21 goals were yielded between them in this period, with 13 of them from Frontale and 8 created by Júbilo Iwata. That is an average goals per game value of 3.5.

The previous league fixture featuring the two was J1 League match day 7 on 06/04/2022 which finished with the scoreline of Júbilo Iwata 1-1 Kawasaki Frontale.

On that day, Júbilo Iwata had 41% possession and 8 shots on goal with 4 of them on target. Their only player on the scoresheet was Kotaro Omori (78').

On the other side, Kawasaki Frontale got 19 attempts on goal with 8 of them on target. Kei Chinen (93') scored.

Júbilo Iwata boss Akira Ito has to contend with a number of unavailable players. Yuki Otsu (Hearing Impairment) and Hiroki Yamada (Metatarsal Fracture) are names that won’t be on the team sheet.

It seems to us that Júbilo Iwata could really find it hard to break down a Kawasaki Frontale side who will most probably score a lot of goals.

We’re expecting a comprehensive 3-0 margin for Kawasaki Frontale when the referee blows the final whistle. 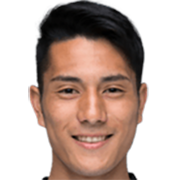 Usually taking to the field in the Striker position, Kei Chinen was born in Japan. After having played his first senior match for Kawasaki Frontale in the 2017 season, the skilful Forward has bagged 3 league goals in the J1 League 2022 season so far in 16 appearances.

While we have made these predictions for Kawasaki Frontale v Júbilo Iwata for this match preview with the best of intentions, no profits are guaranteed. Always gamble responsibly, and with what you can afford to lose. Good luck!

⚽️ Where can I see the predictions for other J1 League games?

You can see all of the next (and previous) J1 League predictions & previews here.