The J1 League game at Sankyo Frontier Kashiwa Stadium on Saturday sees home side Kashiwa Reysol take to the field against Kawasaki Frontale.

All Kashiwa Reysol v Kawasaki Frontale match predictions, user poll and stats are shown below - plus the latest match odds.

Kashiwa Reysol will be hoping for a better result after the 4-1 J1 League defeat last time out to Urawa Red Diamonds.

Fixtures with Kashiwa Reysol have often been engaging affairs lately with high scoring being the norm. Over their past half dozen clashes alone, a total of 28 goals have been scored for both teams combined (at an average of 4.67 goals per game) with 11 of those accredited to Kashiwa Reysol.

In their previous half-dozen outings, Kawasaki Frontale have amassed a total of 16 goals. Kawasaki Frontale have also managed to score in every single one of those games. In that time, they’ve had 5 goals go into their own net. Having said that, we must now wait to see whether that pattern will be replicated in this next match or not.

Going into this encounter, Kawasaki Frontale have not been beaten by Kashiwa Reysol in away games against them for the last 5 matches in the league. A very good run of results for them.

Looking over their past head to head meetings stretching back to 03/11/2018 reveals that these encounters have not been good ones for Kashiwa Reysol. They’ve not been able to come away with any victories whatsoever whereas Kawasaki Frontale have remained in the ascendancy, winning in 83% of those ties.

In all, 14 goals were shared by the two clubs in these games, with 3 for Reysol and 11 being from Frontale. The average goals per game has been 2.33.

The last league game between these clubs was J1 League match day 8 on 09/04/2022 when the final score was Kawasaki Frontale 1-0 Kashiwa Reysol.

On that occasion, Kawasaki Frontale managed 57% possession and 10 shots at goal with 4 of them on target. Their only player to score was Leandro Damião (45').

At the other end, Kashiwa Reysol got 4 attempts on goal with 1 of them on target.

There is just one fitness concern for the Kashiwa Reysol manager Nélsinho Baptista to be concerned with from an otherwise complete group. Wataru Iwashita (Metatarsal Fracture) will miss out. Takuma Ominami is ineligible for this match because of suspension.

Owing to an otherwise available group, there’s just the one fitness worry for the Kawasaki Frontale manager Tōru Oniki to be concerned about. Leandro Damião (Torn Ankle Ligament) won’t be in action. Miki Yamane is ineligible for this match because of suspension.

Our thinking is that Kashiwa Reysol will need things to go their way to score goals against this Kawasaki Frontale outfit who we reckon will score at least once to gain the upper hand.

We therefore see a hard-fought 0-1 winning score for Kawasaki Frontale when the full-time whistle blows. 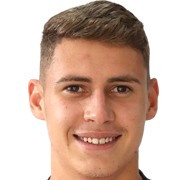 Customarily played in the Central Attacking Midfielder position, Matheus Sávio was born in Ribeirão Preto , Brazil. Having played his first senior match for Flamengo in the 2015 season, the accomplished Midfielder has got 6 league goals in the J1 League 2022 season to date in 27 appearances.

We have made these Kashiwa Reysol v Kawasaki Frontale predictions for this match preview with the best intentions, but no profits are guaranteed. Please always gamble responsibly, only with money that you can afford to lose. Best of luck.