Kilmarnock will be at Firhill Stadium on Friday for the Championship clash with home team Partick Thistle.

Our predictions, user poll and statistics for Partick Thistle v Kilmarnock can be found here (plus the best game odds).

Partick Thistle prepare for this fixture coming off the back of a 2-2 Championship drawn game vs Hamilton Academical.

For Partick Thistle, the goalscorers were Scott Tiffoney (45') and Zak Rudden (64'). Andy Ryan (55') and Mihai Popescu (67') scored for Hamilton Academical.

Their most recent results shine a light on the fact that it has been a great time for the Partick Thistle backline. Partick Thistle have been mean at the back, seeing the total number of goals that have gone in at their end during their previous 6 outings standing at 4.

Kilmarnock will go into this match following a 0-2 Championship win with the defeat of Queen Of The South in their last outing.

The stats don’t lie, and Kilmarnock have been scored against in 5 of their last 6 games, with opponents netting 7 goals in all. In defence, Kilmarnock have some weaknesses to address. We will have to find out if that trend will end up being continued on here.

Leading up to this clash, Kilmarnock:

Looking at their most recent head-to-head clashes dating back to 18/03/2017 shows that Partick Thistle have won 1 of these games & Kilmarnock 4, with the number of drawn games standing at 1.

A total of 14 goals were scored between them during those clashes, with 3 of them from The Jags and 11 created by Killie. That is an average goals per game value of 2.33.

The Partick Thistle boss Ian McCall has a full complement, with no fitness worries at all before this match owing to a fully healthy squad available to choose from.

In an otherwise healthy group, there’s only the sole fitness problem for the Kilmarnock manager Derek McInnes to be concerned with. Curtis Lyle (Knock) won’t be in action.

When taking all factors into account, Kilmarnock have enough to get a goal against this Partick Thistle lineup, however that may not be as many as they will have scored against them.

We reckon that it will be a close game with a 2-1 winning score for Partick Thistle when all is said and done. It really should be an interesting one. 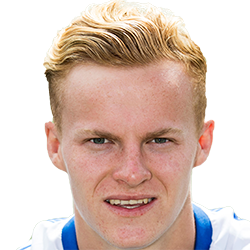 Usually taking to the field in the Right Attacking Midfielder position, Scott Tiffoney was born in Glasgow, Scotland. After having made a senior debut playing for Greenock Morton in the 2016 - 2017 season, the gifted Midfielder has hit 4 league goals in the Championship 2021 - 2022 campaign to date coming from a total of 18 appearances.

We have made these Partick Thistle v Kilmarnock predictions for this match preview with the best intentions, but no profits are guaranteed. Please always gamble responsibly, only with money that you can afford to lose.