Return to this page a few days before the scheduled game when this expired prediction will be updated with our full preview and tips for the next match between these teams.
Full-Time Result Prediction
👉
KSV 1919 to Win

KSV 1919 face off with away team Rapid Vienna II at Franz-Fekete-Stadion in this 2. Liga meeting on Friday.

For all of our match predictions, pre-game poll and statistics for KSV 1919 v Rapid Vienna II, scroll down - along with the latest match odds.

KSV 1919 will be wanting a better result here following a 2-1 2. Liga defeat last time out to SKU Amstetten.

It has been seldom in recent times that KSV 1919 haven’t conceded. In fact, KSV have seen their defence breached in 5 of their previous 6 clashes, giving up 14 goals during that time. We will find out if that trend will end up being continued on here.

Since a loss in their previous game against FC Wacker Innsbruck in 2. Liga competition, Rapid Vienna II and their travelling fans will hope for a better result here.

Looking at their form, and Rapid Vienna II have been scored against in 5 of their last 6 games, seeing opposing sides hit 12 goals in total. At the back, Rapid II have some weaknesses to address.

Coming into this meeting, Rapid Vienna II have not won away from home in their last 2 matches in the league.

KSV 1919 boss Abdulah Ibraković will be grateful not to have any fitness concerns whatsoever coming into this clash owing to a fully injury-free group to pick from.

Thanks to a fully healthy squad ready to go, Rapid Vienna II boss Steffen Hofmann doesn’t have any fitness concerns to report before this clash.

When taking everything into account, Rapid Vienna II will have to work hard as a team to register a score against this KSV 1919 outfit who will likely emerge victorious.

We therefore fancy a highly competitive game with a 1-0 victory for KSV 1919 after 90 minutes. 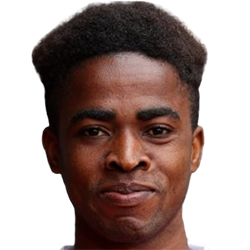 Normally taking to the field in the Striker position, Paul Mensah was born in Kormantse, Ghana. After making a first senior appearance for KSV 1919 in the 2018 - 2019 season, the talented Forward has bagged 5 league goals in this 2. Liga 2020 - 2021 season so far coming from a total of 22 appearances.

We have made these KSV 1919 v Rapid Vienna II predictions for this match preview with the best intentions, but no profits are guaranteed. Please always gamble responsibly, only with money that you can afford to lose. Best of luck.