Their impending Europa League Qualifiers game sees KuPS fighting it out with their opponents Slovan Bratislava on Thursday.

Our tips, poll and stats for KuPS v Slovan Bratislava can all be found here - plus the latest match odds.

KuPS will be hoping for a repeat of their last result, following the 1-2 Veikkausliiga triumph vs FC Lahti.

At least three goals per game were seen in 6 of the past 6 fixtures where KuPS have taken part. Opposing sides scored 10 times in this period whereas Keltamusta totted up 14.

Slovan Bratislava will go into the game following a 2-0 Super Liga win in the defeat of Spartak Trnava in their last outing.

In as many as 5 of the previous 6 games featuring Slovan Bratislava, at least three goals have been hit. The overall average goals scored per game within that time is 3.5, with the average number of goals for Belasí coming out as 2.5. Let’s see if that trend will be continued on into this next match.

KuPS manager Arne Erlandsen has no fitness worries whatsoever before this match owing to a fully healthy squad ready to go.

We’re of the opinion that KuPS could find themselves struggling to be putting a goal past this Slovan Bratislava outfit who we think will likely manage to get a goal of their own in a winning performance.

We’re therefore seeing a very competitive game with a 0-1 win for Slovan Bratislava at the end of this game.

Over/Under 2.5 Goals Prediction for KuPS vs Slovan Bratislava
Under 2.5 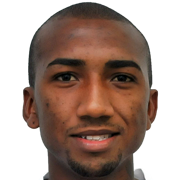 Usually deployed in the Striker position, Lucas Rangel was born in Alvorada, Brazil. Having played his first senior match for KSV 1919 in the 2017 - 2018 season, the gifted Forward has managed 4 league goals in this Veikkausliiga 2020 campaign so far in a total of 5 appearances.

We have made these KuPS v Slovan Bratislava predictions for this match preview with the best intentions, but no profits are guaranteed. Please always gamble responsibly, only with money that you can afford to lose. Good luck!