Return to this page a few days before the scheduled game when this expired prediction will be updated with our full preview and tips for the next match between these teams.
Full-Time Result Prediction
👉
Panetolikos to Win

The Super League meeting at Panetolikos Stadium on Monday will see home side Panetolikos play Lamia.

All of our predictions, stats and the user poll for Panetolikos v Lamia are shown below - plus the latest match odds.

Panetolikos fans will want a repeat of their previous result, being a 2-1 Super League triumph versus Atromitos.

It’s been all too rare in recent games where Panetolikos haven’t conceded. In fact, Panetolikos have seen their defence breached in 5 of their previous 6 clashes, leaking 7 goals during that time.

After being defeated in their last game at the hands of AEK Athens in Super League action, Lamia and their travelling fans will hope for a better result here.

The numbers tell their own story, and Lamia have been scored against in 5 of their last 6 matches, with opponents netting 8 goals overall. Defensively, Lamia just haven’t been too solid at all. However, we’ll just have to find out if that pattern might continue on here in this game.

A look at their previous results shows us that Lamia:

Inspecting their most recent head to head meetings going back to 18/01/2020 tells us that Panetolikos have won 0 of these games and Lamia 2, with the tally of drawn results standing at 4.

A combined sum of 11 goals were yielded between them throughout the course of those matches, with 3 of them from The Canaries and 8 being from Kyanólefki. This gives an average number of goals per game equal to 1.83.

The last league fixture between these sides was Super League match day 4 on 26/09/2021 when it finished Lamia 2-2 Panetolikos.

On that day, Lamia had 47% possession and 5 shots at goal with 5 on target. The goals were scored by Kyriakos Mazoulouxis (10') and Cristopher Núñez (66').

At the other end, Panetolikos had 12 attempts at goal with 4 on target. Frederico Duarte (30') and Ivan Varone (91') scored.

Thanks to a fully healthy squad to choose from, the Lamia boss Michalis Grigoriou does not have any fitness concerns to speak of before this clash.

Our assessment here is that Lamia could find themselves struggling to break down this Panetolikos lineup who we think will end up scoring and staying ahead.

We’re therefore predicting a hard-fought 1-0 win for Panetolikos at the end of the match. 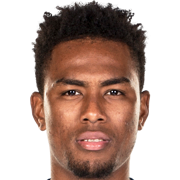 Mostly deployed in the Centre Midfield position, Deybi Flores was born in San Pedro Sula, Honduras. After having made a senior debut playing for Vancouver Whitecaps in the 2015 season, the accomplished Midfielder has scored a sum of 2 league goals in this Super League 2021 - 2022 season so far in a total of 14 appearances.

While we have made these predictions for Panetolikos v Lamia for this match preview with the best of intentions, no profits are guaranteed. Always gamble responsibly, and with what you can afford to lose. Good luck!