The Superliga clash at Estadio Presidente Perón on Monday sees home side Racing Club facing opposition in the form of Lanús.

All of our predictions, stats and the user poll for Racing Club v Lanús are shown below (plus the best game odds).

Racing Club will be hoping for a better result after a 4-0 Superliga defeat last time out to River Plate.

It’s been a rare occasion in recent times that Racing Club haven’t conceded. In fact, Racing Club have failed to prevent opponents from scoring in 5 of their previous 6 games, giving up 11 goals during that time.

Coming into this fixture, Racing Club are without a home win in the past 7 league matches. Their fans aren't happy.

In their previous fixture, Lanús drew 3-3 in the Superliga tie with Platense.

Lanús have had no problems opening up opposition defences of late, having scored 13 goals in their previous 6 matches. Having said that, Lanús can also improve defensively after being scored against in 5 of those same games. Even so, we will just have to wait and see whether that pattern shall persist in this next match.

Heading into this fixture, Lanús have not registered a win against Racing Club in away games against them for the last 3 league matches.

Inspecting their past head-to-head meetings dating back to 02/05/2015 shows that Racing Club have won 5 of them and Lanús 1, with the number of drawn results being 0.

14 goals were scored between them in these games, with 11 for La Academia and 3 belonging to Granate. That’s an average goals per game of 2.33.

The previous league clash between these clubs was Superliga match day 16 on 08/12/2019 when it finished Lanús 1-0 Racing Club.

That day, Lanús had 44% possession and 10 attempts at goal with 0 on target.

Racing Club got 4 attempts at goal with 2 of them on target. Eugenio Mena (77' Own goal) was the scorer.

The match was refereed by Dario Herrera.

The Racing Club manager Fernando Gago will be happy not to have any fitness worries to speak of coming into this match owing to a fully healthy group available to choose from.

Owing to a fully healthy squad available to choose from, the Lanús boss Luis Zubeldía has no fitness worries to speak of coming into this match.

We believe that Lanús and Racing Club should both be able to find the back of the net here although it’s difficult to select a clear winner.

It’s looking like it could well end up as a draw. We’re therefore seeing a very close game with a 1-1 scoreline when the full-time whistle blows. 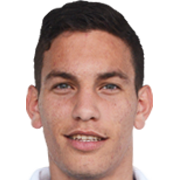 Customarily taking up the Central Attacking Midfielder position, Enzo Copetti was born in Roque Sáenz Peña, Argentina. Having played his first senior match for Atlético de Rafaela in the 2016 - 2017 season, the skilful Midfielder has managed 4 league goals in this Superliga 2021 season to date in a total of 20 appearances.

We have made these Racing Club v Lanús predictions for this match preview with the best intentions, but no profits are guaranteed. Please always gamble responsibly, only with money that you can afford to lose. Best of luck.