Full predictions, pre-match stats and user poll for Sturm Graz v LASK Linz are shown on this page (including the best match odds).

Sturm Graz go into this game coming off the back of a 1-1 Europa League drawn match against Real Sociedad.

It’s been all too rare in recent times where Sturm Graz have managed to hold out for a full 90 minutes. The facts show that Sturm Graz have seen their defence breached in 5 of their previous 6 clashes, letting in 11 goals on the way.

Going into this one, Sturm Graz haven't been beaten in the league by LASK Linz in their previous 3 games.

LASK Linz will come into the clash following a 3-0 Bundesliga win with the defeat of WSG Swarovski Tirol in their last fixture.

In that game, LASK Linz had 48% possession and 13 attempts at goal with 5 on target. For LASK Linz, goals were scored by Marvin Potzmann (36'), Keito Nakamura (53') and Peter Michorl (93'). WSG Swarovski Tirol had 8 shots on goal with 2 on target.

Throughout their six previous matches, Andreas Wieland's LASK Linz have slotted home 12 times, earning them the goals scored per game average of 2.

Going into this one, LASK Linz are without an away win for the past 5 matches in the league.

A review of their most recent head to head meetings going back to 21/06/2020 shows that Sturm Graz have won 2 of these games and LASK Linz 3, with the tally of draws standing at 1.

A combined sum of 14 goals were scored between the two sides during those clashes, with 6 for die Schwoazn and 8 for LASK Linz. This gives an average number of goals per game equal to 2.33.

The previous league match between the two was Bundesliga match day 4 on 15/08/2021 when it finished LASK Linz 1-3 Sturm Graz.

In that match, LASK Linz managed 52% possession and 14 shots at goal with 4 of them on target. The scorer was Peter Michorl (85').

The referee was Gerhard Grobelnik.

The Sturm Graz boss Christian Ilzer will be grateful not to have any fitness worries whatsoever before this game with a completely injury-free squad available to select from.

Owing to a completely healthy group available for selection, the LASK Linz manager Andreas Wieland has zero fitness worries to report before this match.

We’ve got the feeling that LASK Linz will have their work cut out to put one past this Sturm Graz side who we think might well be able to get on the scoresheet themselves in a winning performance.

We’re going for a very even match with a 1-0 win for Sturm Graz at the end of the match. 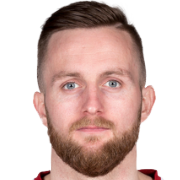 Customarily deployed in the Left Attacking Midfielder position, Jakob Jantscher was born in Graz, Austria. After making a first senior appearance for Sturm Graz in the 2007 - 2008 season, the dangerous Midfielder has accumulated 7 league goals in the Bundesliga 2021 - 2022 season to date coming from a total of 13 appearances.

While we have made these predictions for Sturm Graz v LASK Linz for this match preview with the best of intentions, no profits are guaranteed. Always gamble responsibly, and with what you can afford to lose. We wish you the best of luck.