Return to this page a few days before the scheduled game when this expired prediction will be updated with our full preview and tips for the next match between these teams.
Full-Time Result Prediction
👉
Pirin to Win

Our predictions, user poll and statistics for Pirin v Lokomotiv Sofia can be found here including the latest game odds.

Pirin will be looking for an improved result here after a 0-1 First League loss in their previous game against Lokomotiv Sofia.

Alan Dias (27') was the scorer for Lokomotiv Sofia.

A recurring feature of more recent Pirin games is the number of nil scores.

From their prior sextet of clashes leading up to this one, in 5 of them a wager on both teams scoring would have been a losing one. We will find out if that trend will end up being sustained into this next match.

In the course of their 6 latest matches, Stanislav Genchev's Lokomotiv Sofia have slotted home 10 times, yielding them the goals scored per game average of 1.67.

Their past results show that Lokomotiv Sofia:

Checking out their prior head to head meetings going back to 11/09/2010, there has been little to separate the clubs with Pirin winning 3 of those games, Lokomotiv Sofia 3 and 0 being draws in normal time.

An aggregate of 15 goals were produced between them in this period, with 7 from Orletata and 8 for The Railwaymen. That is an average goals per game value of 2.5.

The previous league contest featuring these clubs was First League match day 5 on 16/05/2022 when the final score was Lokomotiv Sofia 1-0 Pirin.

That day, Lokomotiv Sofia managed 53% possession and 13 attempts on goal with 5 on target. Their only player on the scoresheet was Dimitar Mitkov (37').

Pirin got 5 attempts at goal with 1 on target.

The Pirin boss Krasimir Petrov does not have any fitness worries whatsoever coming into this match owing to a fully healthy squad to choose from.

Thanks to a fully injury-free group available to select from, the Lokomotiv Sofia boss Stanislav Genchev does not have any fitness concerns at all coming into this clash. Kadu is ineligible for this match because of suspension.

We’re of the view that Lokomotiv Sofia have enough to put a goal past this Pirin outfit, although that might not be as many as the goals that they could concede.

We’re expecting a very close game with a 2-1 winning margin for Pirin after 90 minutes. Looking forward to this. 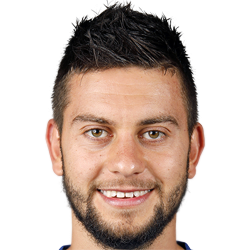 Mostly deployed in the Striker position, Stanislav Kostov was born in Bulgaria. After having played his first senior match for Pirin in the 2010 - 2011 season, the dangerous Forward has hit 2 league goals in this First League 2022 - 2023 season so far coming from a total of 7 appearances.

While we have made these predictions for Pirin v Lokomotiv Sofia for this match preview with the best of intentions, no profits are guaranteed. Always gamble responsibly, and with what you can afford to lose. Good luck!