Luton Town will visit The Den on Saturday for the Championship fixture with home team Millwall.

For all of our match predictions, pre-game poll and statistics for Millwall v Luton Town, scroll down - as well as the best betting odds.

Millwall will be hoping for a repeat of their last result, following the 0-1 Championship triumph over Barnsley.

Their most recent results reveal that huge efforts have been put in by the Millwall defence. Millwall have been mean at the back, resulting in the number of goals that have flown into the back of their net during their previous 6 matches standing at 4. We shall soon see whether or not that trend can be continued on in this game.

Going into this game, the form guide shows that Millwall:

In their previous fixture, Luton Town drew 0-0 in the Championship tie with Huddersfield Town.

Indicating their partiality to eventful matches, goals have been seen as many as 20 times in the last six games in which Luton Town have taken to the pitch, giving an average of 3.33 goals each clash. Their opponents have got 8 from this total.

Their past results show that Luton Town:

Looking over their most recent head to head meetings dating back to 24/03/2008 shows us that Millwall have won 3 of these and Luton Town 0, with the number of drawn games being 3.

A sum of 13 goals were scored between the two sides in these games, with 10 of them from The Lions and 3 created by The Hatters. This gives an average number of goals per game equal to 2.17.

The last league match featuring these sides was Championship match day 32 on 23/02/2021 which finished with the scoreline of Luton Town 1-1 Millwall.

That day, Luton Town had 53% possession and 9 attempts on goal with 4 of them on target. The scorer was Elijah Adebayo (55').

At the other end, Millwall had 14 attempts on goal with 3 of them on target. George Evans (95') was the scorer.

Regarding absentees, there’s just the sole fitness concern for the Millwall gaffer Gary Rowett to be concerned with due to a largely intact group of players. Maikel Kieftenbeld (Knock) misses out.

Due to a fully healthy group available to select from, the Luton Town boss Nathan Jones has no fitness concerns at all before this match.

For this match, we think that Luton Town will surely be able to find the net against this Millwall lineup, although that is unlikely to be enough to prevent defeat.

We’re predicting a very close game with a 2-1 win for Millwall at full-time. Let’s see what happens here. 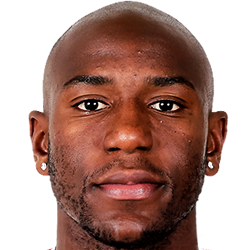 Usually deployed in the Striker position, Benik Afobe was born in Leyton, England. Having played his first senior match for Huddersfield Town in the 2010 - 2011 season, the gifted Forward has hit 2 league goals in the Championship 2021 - 2022 campaign so far in a total of 8 appearances.

While we have made these predictions for Millwall v Luton Town for this match preview with the best of intentions, no profits are guaranteed. Always gamble responsibly, and with what you can afford to lose. Good luck!