Scroll down for all of our predictions, poll and stats for the Málaga v Rayo Vallecano game - plus the latest betting odds.

Málaga will be looking to improve on their last outing here after a 1-0 La Liga 2 defeat last time out to Sporting Gijón.

It’s been a rare occasion in recent games where Málaga haven’t conceded. In fact, Los Boquerones have been scored against in 5 of their previous 6 games, shipping 8 goals during that time. That kind of pattern isn’t assured to be carried forward into this game, however.

Analysis of their past results shows that Málaga:

In their previous game, Rayo Vallecano drew 2-2 in the La Liga 2 tie with FC Cartagena.

The stats tell the story, and Rayo Vallecano have been scored against in 5 of their last 6 games, seeing their opponents hit 10 goals in all. At the back, Franjirrojos can certainly do much better.

A look at their previous results shows us that Rayo Vallecano:

Checking on their prior head to head meetings going back to 21/03/2015 tells us that Málaga have won 1 of these games & Rayo Vallecano 2, with the tally of draws standing at 3.

A combined total of 12 goals were produced between them in this period, with 4 of them for Los Boquerones and 8 for Franjirrojos. That is an average goals per game value of 2.

The previous league meeting between these clubs was La Liga 2 match day 4 on 03/10/2020 which finished with the scoreline of Rayo Vallecano 4-0 Málaga.

Málaga had 7 attempts at goal with 2 of them on target. Juande (21' Own goal) was the scorer.

Mohamed Benkhemassa (Back Injury) and Iván Calero (Ruptured knee ligament) won’t be available for Malaga gaffer Sergio Pellicer. Iván Calero will not be able to play in this game through being suspended.

Thanks to a completely injury-free group to pick from, Rayo Vallecano boss Andoni Iraola does not have any fitness worries to speak of before this match.

We’re of the view that Málaga will need to put in a solid display to see themselves scoring against this Rayo Vallecano side who we reckon will manage to score & go ahead.

We’re therefore expecting a very competitive encounter with a 0-1 win for Rayo Vallecano when the full-time whistle blows. 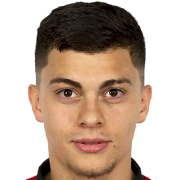 Regularly used in the Left Attacking Midfielder position, Yanis Rahmani was born in Champigny Sur Marne, France. Having made a first senior appearance for UD Almería in the 2019 - 2020 season, the talented Midfielder has bagged 3 league goals in the LaLiga2 2020 - 2021 season so far in a total of 23 appearances.

We have made these Málaga v Rayo Vallecano predictions for this match preview with the best intentions, but no profits are guaranteed. Please always gamble responsibly, only with money that you can afford to lose. Good luck with your selections.