Perth Glory meet away side Melbourne City at HBF Park in this A-League clash on Wednesday.

All of our predictions, stats and the user poll for Perth Glory v Melbourne City are shown below - as well as the best betting odds.

Perth Glory will want to continue from where they left off last time out with a 1-0 A-League triumph over Melbourne City.

It’s not been often in recent times where Perth Glory have managed to hold out for a full 90 minutes. The facts show that Perth Glory have failed to prevent opponents from scoring in 6 of their previous 6 clashes, letting in 17 goals along the way.

Ahead of this clash, Perth Glory have left without a victory over Melbourne City in their last 3 matches in the league.

A run of reliable displays from the Melbourne City defence has resulted in their ‘goals against’ tally amounting to 3 from their last 6 outings in total. During the same period, their forwards have scored 10. That being said, time will tell if such a trend shall be sustained in this next game.

Heading into this fixture, Melbourne City remain unbeaten by Perth Glory when they have played them away from home in the previous 2 league games.

Looking over their most recent head-to-head meetings dating back to 25/01/2020 tells us that Perth Glory have won 1 of these & Melbourne City 3, with the tally of drawn matches standing at 2.

A total of 18 goals were scored between the two sides during those clashes, with 8 of them for Glory and 10 for City. The average goals per game has been 3.

On that occasion, Melbourne City had 61% possession and 13 attempts at goal with 3 on target. The scorers were Florin Bérenguer (8') and Mathew Leckie (29').

For their opponents, Perth Glory got 9 shots on goal with 4 of them on target. Bruno Fornaroli (31') and Callum Timmins (56') scored.

We envisage that Perth Glory should get enough chances to breach the defence of this Melbourne City outfit, but a single goal may not quite prevent defeat.

Our selection here is for a narrow 1-2 advantage for Melbourne City when all is said and done. Let’s wait and see how it plays out. 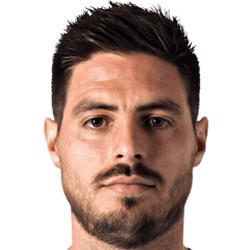 Customarily taking to the field in the Striker position, Bruno Fornaroli was born in Salto, Uruguay. Having made his senior debut playing for Sampdoria in the 2008 - 2009 season, the accomplished Forward has bagged 7 league goals in this A-League Men 2021 - 2022 season so far in a total of 15 appearances.

We have made these Perth Glory v Melbourne City predictions for this match preview with the best intentions, but no profits are guaranteed. Please always gamble responsibly, only with money that you can afford to lose. Best of luck with your selections.