Meppen will arrive at flyeralarm Arena on Saturday for the 3rd Liga clash with home team Würzburger Kickers.

Our full set of predictions, statistics and match poll for Würzburger Kickers v Meppen can be seen below - as well as the best betting odds.

Würzburger Kickers go into this game after a 1-1 3rd Liga drawn result versus Viktoria Berlin.

It has been seldom in recent games where Würzburger Kickers haven’t conceded. The facts show that Würzburger Kickers have failed to prevent opponents from scoring in 5 of their previous 6 clashes, shipping 9 goals along the way. Previous results aside, we will just have to wait and see whether the trend will continue on in this upcoming match.

Meppen will go into the encounter following a 4-0 3rd Liga win in the defeat of Viktoria Cologne in their previous fixture.

Over the course of their last six outings, Meppen have bagged a tally of 13 goals. Meppen have also scored on each one of those occasions. During that period, they’ve had 6 goals scored by their opponents.

Delving into their past head to head meetings stretching back to 22/07/2017 reveals that these encounters have not been fruitful for Meppen. They’ve not been able to register any wins at all whereas Würzburger Kickers have been the better of the two, winning in 67% of those games where they have faced each other.

A combined sum of 20 goals were shared by the two clubs in these games, with 13 of them for Würzburg and 7 coming from Meppen. That’s an average goals per game of 3.33.

The last league fixture between the two was 3rd Liga match day 28 on 30/05/2020 when it finished Meppen 1-3 Würzburger Kickers.

The Würzburger Kickers manager Danny Schwarz will be thankful to have no fitness concerns at all ahead of this match with a fully injury-free group ready to go.

With a completely healthy group available to choose from, the Meppen manager Rico Schmitt doesn’t have any fitness worries whatsoever before this game.

Meppen and Würzburger Kickers should both be able to score here although it’s hard to pick a clear winner.

Let’s see how this one goes, but it looks this could be a draw. Therefore, we predict a close game with a 1-1 draw at the end of the 90 minutes. 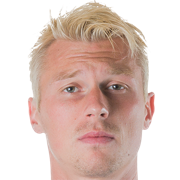 Mostly used in the Striker position, Marvin Pourié was born in Werne, Germany. After making a first senior appearance for 1860 Munich in the 2008 - 2009 season, the dangerous Forward has hit 3 league goals in this 3. Liga 2021 - 2022 campaign so far from a total of 10 appearances.

While we have made these predictions for Würzburger Kickers v Meppen for this match preview with the best of intentions, no profits are guaranteed. Always gamble responsibly, and with what you can afford to lose. Good luck if you do place a bet today.