Watford will arrive at Riverside Stadium on Saturday for the Championship tie with home team Middlesbrough.

All Middlesbrough v Watford game predictions, stats and user poll are shown below including the latest game odds.

Middlesbrough will be wanting a better result here following the 2-0 Championship loss in their previous game against Sunderland.

It has not been often in recent times where Middlesbrough haven’t conceded. The reality is that Middlesbrough have been scored against in 5 of their previous 6 clashes, shipping 10 goals along the way. It will be interesting to see if that trend will be sustained in this game.

Analysis of their past results shows that Middlesbrough:

In their previous game, Watford drew 1-1 in the Championship tie with Rotherham United.

Over the course of 5 of the past 6 clashes featuring Watford, a comparatively low number of goals have been struck between them and their opponents. The overall average number of goals per game in that period is a paltry 2.17, with the number of goals averaged by The Hornets standing at 0.67.

Coming into this contest, Watford remain undefeated by Middlesbrough when having played them away from home in the previous 5 league games. A very decent away record against them.

A review of their past head to head meetings stretching back to 06/04/2015 tells us that these encounters have not been good ones for Middlesbrough. They have not managed to register any wins at all while Watford have just been stronger than them, winning in 67% of those matches played.

A combined total of 9 goals were yielded between them in these games, with 2 of them for The Boro and 7 being from The Hornets. That is an average goals per game value of 1.5.

The last league fixture featuring these sides was Championship match day 7 on 30/08/2022 when the final score was Watford 2-1 Middlesbrough.

That time, Watford had 50% possession and 14 shots at goal with 4 of them on target. The goalscorers were Ismaïla Sarr (24') and Vakoun Issouf Bayo (93').

Middlesbrough had 14 shots at goal with 3 on target. Rodrigo Muniz (4') was the scorer.

The Middlesbrough boss Michael Carrick has zero fitness concerns at all before this clash owing to a fully healthy group to pick from.

In our opinion, Watford could well find it tough to register a score against this Middlesbrough team who will likely gain the upper hand.

We therefore see a very competitive encounter with a 1-0 victory for Middlesbrough at full-time. 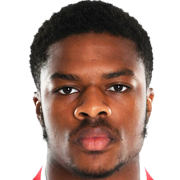 Regularly deployed in the Striker position, Chuba Akpom was born in London, England. Having played his first senior match for Arsenal in the 2013 - 2014 season, the accomplished Forward has got 13 league goals in the Championship 2022 - 2023 campaign to date in a total of 21 appearances.

We have made these Middlesbrough v Watford predictions for this match preview with the best intentions, but no profits are guaranteed. Please always gamble responsibly, only with money that you can afford to lose. Good luck if you do place a bet today.