Sheffield United will do battle with visiting rivals Millwall at Bramall Lane in this Championship game on Saturday.

Our Sheffield United v Millwall tips, poll and stats can be seen in full below including the latest game odds.

Sheffield United will be wanting a better result here after the 1-0 Championship loss in their previous game against Watford.

Over their prior six fixtures, Paul Heckingbottom's Sheffield United have managed to score a combined total of 11 times resulting in an average number of goals scored per match equal to 1.83.

Since a losing effort in their last game against Cambridge United in EFL Cup competition, Millwall and their travelling fans will hope for a better result here.

Gary Rowett's Millwall have found the back of the net a total of 9 times in the course of their most recent six matches. The number of goals that they have conceded during the equivalent period comes to 5.

Looking at their past form shows that Millwall:

Looking at the statistics for their head to head meetings going back to 14/04/2018, there has been little between the sides with Sheffield United winning 2 of those games, Millwall 2 and 2 being draws in normal time.

A sum of 15 goals were shared by the two clubs in these games, with 8 for The Blades and 7 belonging to The Lions. That is an average goals per game value of 2.5.

Owing to a fully healthy group available to choose from, the Millwall boss Gary Rowett does not have any fitness concerns to speak of before this match.

We’re of the view that Sheffield United certainly have the ability to be able to score a couple when they come up against Millwall, who may well find it hard getting goals.

We’re therefore anticipating a decent 2-0 victory for Sheffield United at the end of the 90 minutes. 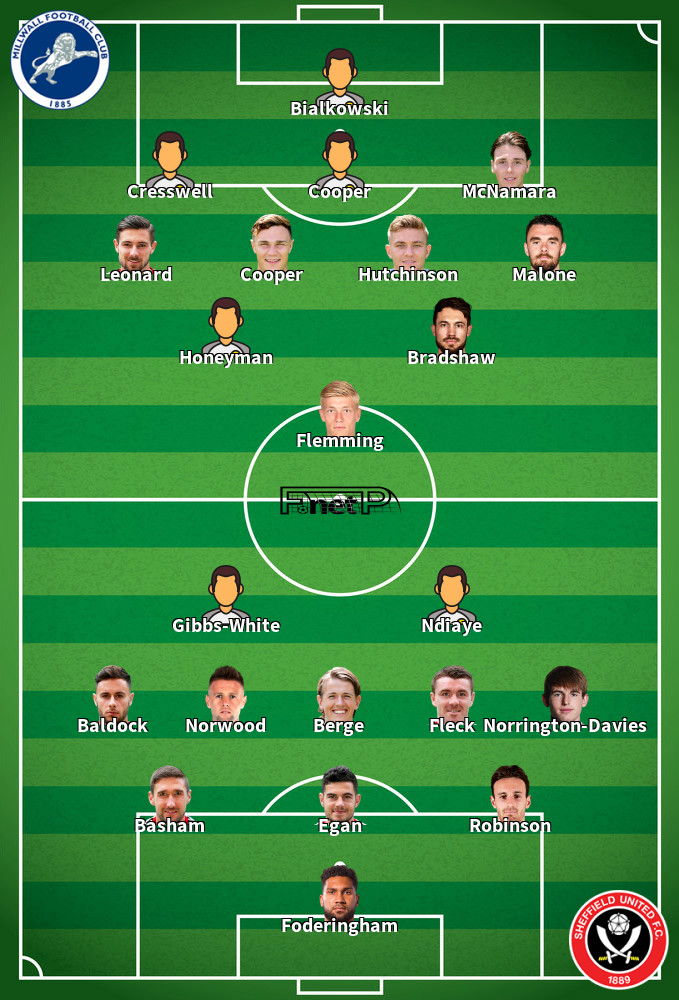 We have made these Sheffield United v Millwall predictions for this match preview with the best intentions, but no profits are guaranteed. Please always gamble responsibly, only with money that you can afford to lose. We wish you the best of luck.