Mito Hollyhock will be the visitors at POCARI SWEAT Stadium on Sunday for the J2 League meeting with home team Tokushima Vortis.

View all Tokushima Vortis v Mito Hollyhock tips, stats and our pre-match poll below - plus the latest match odds.

Tokushima Vortis will play in this match following a 1-1 J2 League tied result against Vegalta Sendai.

The only player to score from Tokushima Vortis was Kazunari Ichimi (49'). Takumi Mase (57') scored for Vegalta Sendai.

Their more recent scorelines highlight the fact that huge efforts have been put in by the Tokushima Vortis rearguard. Tokushima Vortis have given the opposition little, resulting in the tally of goals that have gone past their goalkeeper over the course of their past six games standing at 2. Such a pattern won’t necessarily follow through into this match, of course.

Their past results show that Tokushima Vortis:

Since tasting defeat last time out to Tokyo Verdy in J2 League competition, Mito Hollyhock will be aiming to make amends here.

The only scorer from Mito Hollyhock was Shoji Toyama (29'). Toyofumi Sakano (21') and Ryoga Sato (88') scored for Tokyo Verdy.

The attacking players from Mito Hollyhock have failed to get amongst the goals over their previous six encounters, recording the poor return of just 3. In those fixtures, HollyHock have also seen the overall goal tally of their opponents equal 7.

Heading into this fixture, Mito Hollyhock have not won away from home in their last 2 league games.

Checking out their prior head to head meetings dating back to 04/08/2018, it’s been all-even between these two clubs with Tokushima Vortis winning 2 of those games, Mito Hollyhock 2 and 2 being draws after 90 minutes of play.

In all, 12 goals were shared by the two clubs throughout the course of those matches, with 6 of them for Tokushima and 6 for HollyHock. That is an average goals per game value of 2.

The last league match featuring these clubs was J2 League match day 10 on 17/04/2022 which ended up with the score at Mito Hollyhock 1-1 Tokushima Vortis.

The Tokushima Vortis boss Dani Poyatos doesn’t have any fitness concerns at all ahead of this game with a fully injury-free squad ready to go. Naoto Arai is ineligible for this match because of suspension.

Due to a completely healthy group available to choose from, the Mito Hollyhock boss Tadahiro Akiba has no fitness worries to report coming into this game.

We feel that Mito Hollyhock have the firepower to find the back of the net against this Tokushima Vortis outfit, but that is unlikely to prevent them from conceding a couple at the other end.

We’re tipping a close game with a 2-1 win for Tokushima Vortis when all is said and done. We’ll have to see what happens. 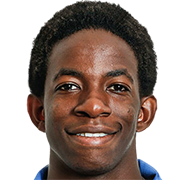 Normally playing in the Striker position, Mushaga Bakenga was born in Trondheim, Norway. Having played his first senior match for Rosenborg BK in the 2009 season, the dangerous Forward has got 4 league goals in the J2 League 2022 campaign so far coming from a total of 22 appearances.

We have made these Tokushima Vortis v Mito Hollyhock predictions for this match preview with the best intentions, but no profits are guaranteed. Please always gamble responsibly, only with money that you can afford to lose. We wish you the best of luck.