The League One match at Kassam Stadium on Saturday sees home side Oxford United take to the field against MK Dons.

Our tips, poll and stats for Oxford United v MK Dons can all be found here - as well as up-to-date odds.

Oxford United will be looking for an improved result here after a 1-0 League One loss in their previous game against Plymouth Argyle.

After a loss in their previous game against Bolton Wanderers in League One competition, MK Dons and their travelling fans will hope for a better result here.

Liam Manning's MK Dons have turned their attacks into goals 8 times in the course of their previous 6 matches. The number of goals that have been scored against them during that same period comes to 6.

Looking over their past head to head meetings stretching back to 01/01/2018 shows that Oxford United have won 4 of them & MK Dons 1, with the tally of draws being 1.

16 goals were shared by the two clubs during those clashes, with 10 for The U's and 6 for The Dons. That’s an average goals per game of 2.67.

The Oxford United boss Karl Robinson has a full complement, with no fitness worries whatsoever coming into this clash owing to a fully healthy group ready to go.

Owing to a completely healthy group to choose from, the MK Dons manager Liam Manning does not have any fitness concerns at all ahead of this game.

We’re of the opinion that MK Dons certainly have the ability to put a goal past this Oxford United lineup, although that probably won’t quite be as many as the goals that they could concede.

We’re expecting a very close game with a 2-1 victory for Oxford United when the full-time whistle blows. It should be a decent one. 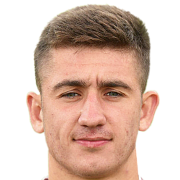 Normally taking to the field in the Centre Midfield position, Cameron Brannagan was born in Cadishead, England. Having made a first senior appearance for Liverpool in the 2015 - 2016 season, the skilful Midfielder has scored a sum of 4 league goals in this League One 2022 - 2023 campaign to date coming from a total of 7 appearances.

We have made these Oxford United v MK Dons predictions for this match preview with the best intentions, but no profits are guaranteed. Please always gamble responsibly, only with money that you can afford to lose. Best of luck with your selections.