Wigan take on away team MK Dons at DW Stadium in this League One game on Tuesday.

Our tips, poll and stats for Wigan Athletic v MK Dons can all be found here - as well as the best betting odds.

Wigan fans will want a repeat of their previous result, being a 0-4 League One triumph over Bolton Wanderers.

An interesting feature of recent Wigan Athletic games is the number of nil scores.

From their previous 6 clashes leading up to this one, in 5 of them a wager on "Both Teams to Score" would've been a loser. We shall soon find out whether or not that trend will be continued on into this next match.

Since suffering a loss in their previous game against Shrewsbury Town in League One action, MK Dons and their travelling fans will hope for a better result here.

Shaun Whalley (56') was the scorer for Shrewsbury Town.

The numbers tell their own story, and MK Dons have been scored against in 5 of their last 6 games, conceding 8 goals overall. At the back, MK Dons just haven’t been too solid at all.

Leading up to this clash, MK Dons:

Those games weren’t short on goals, either, with 22 in total at an average of 3.67 goals per match.

The last league meeting between the two was League One match day 34 on 06/03/2021 when the final score was Wigan Athletic 3-0 MK Dons.

Regarding absentees, there’s just one fitness concern for the Wigan manager Leam Richardson to be concerned with from an otherwise fully-primed group of players. Gwion Edwards (Thigh Problems) misses out.

Due to a fully healthy group available for selection, the MK Dons manager Liam Manning has zero fitness worries to report coming into this match.

We believe that MK Dons will surely be able to breach the defence of this Wigan Athletic team, but it may not be as many as they will have scored against them.

We’re going for a 2-1 winning score for Wigan Athletic by the conclusion of the game. Let’s wait and see how it plays out. 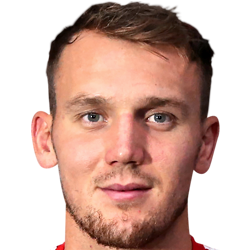 Mostly played in the Striker position, Charlie Wyke was born in Middlesbrough, England. Having played his first senior match for Kettering Town in the 2011 - 2012 season, the goalscoring Forward has bagged 4 league goals in the League One 2021 - 2022 season so far from a total of 10 appearances.

We have made these Wigan Athletic v MK Dons predictions for this match preview with the best intentions, but no profits are guaranteed. Please always gamble responsibly, only with money that you can afford to lose. Good luck!