The Ligue 1 meeting at Stade de la Meinau on Saturday will see hosts Strasbourg prepare for the visit of opponents, Monaco.

Strasbourg will be hoping to bounce back here after a 4-0 Ligue 1 loss in their previous game against Marseille.

Julien Stéphan's Strasbourg have managed to score a sum total of 7 times in their last 6 outings. The comparative number of goals that have been scored against them in those fixtures stands at 9.

In their previous fixture, Monaco drew 1-1 in the UCL Qualifiers tie with PSV Eindhoven.

In that match, Monaco managed 51% possession and 15 shots at goal with 2 on target. The scorer for Monaco was Axel Disasi (80'). At the other end, PSV had 8 shots on goal with 2 of them on target. Joey Veerman (38') scored for PSV Eindhoven.

Indicating their appetite for fruitful matches, the back of the net has been hit 22 times in the prior six matches in which Monaco have played, giving a mean average of 3.67 goals each fixture. Their opponents have managed 7 from this total. That kind of pattern won’t necessarily be carried forward into this game, of course.

Inspecting their past head to head clashes stretching back to 01/09/2019 shows that Strasbourg have won 3 of these games & Monaco 1, with the number of drawn results being 2.

A combined total of 17 goals were shared by the two clubs in these games, with 10 of them for Le Racing and 7 created by Les Rouge et Blanc. The average goals per game has been 2.83.

The last league contest featuring these clubs was Ligue 1 match day 28 on 13/03/2022 when it finished Strasbourg 1-0 Monaco.

That time, Strasbourg managed 45% possession and 11 attempts on goal with 3 of them on target. The scorer was Alexander Djiku (23').

Monaco had 5 shots on goal with 0 of them on target.

The Strasbourg boss Julien Stéphan doesn’t have any fitness worries at all before this match with a completely injury-free group available to select from.

Due to a fully injury-free group available to select from, the Monaco boss Philippe Clement has no fitness concerns whatsoever coming into this game. Kevin Volland will not be able to play in this game through being suspended.

Looking at these two, we feel that Monaco and Strasbourg may well find themselves both scoring in what promises to be a very even battle here.

Little in this one, and it’s almost too close to call. We’re therefore expecting a close game with a score draw at full-time. 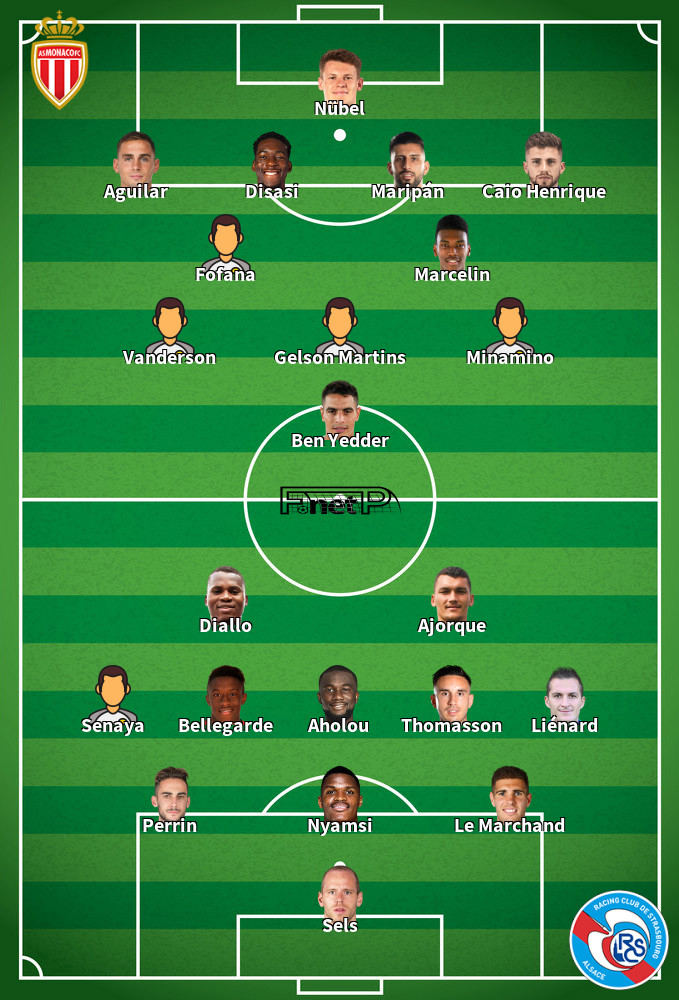 We have made these Strasbourg v Monaco predictions for this match preview with the best intentions, but no profits are guaranteed. Please always gamble responsibly, only with money that you can afford to lose. Good luck with your selections.