Toluca will be at Estadio BBVA on Thursday for the Liga MX (Apertura) showdown with home side Monterrey.

Our tips, poll and stats for Monterrey v Toluca can all be found here (including the best match odds).

Monterrey will play in this game following on from a 0-0 Liga MX (Apertura) stalemate vs Toluca.

In their last 6 games, Javier Aguirre's Monterrey have seen rewards for their attempts on goal 9 times giving them an average number of goals scored per match equal to 1.5.

Going into this one, Monterrey haven't been beaten in the league by Toluca in their previous 2 games.

In a total of 5 out of the previous 6 games featuring Toluca, a minimum of three goals have been hit. The overall average goals scored per match in that spell is 3, with the number of goals averaged by Toluca working out to 1.5. That being said, time will tell whether such a trend will be replicated in this match.

Leading up to this clash, Toluca:

Inspecting their most recent head-to-head clashes going back to 21/10/2018 tells us that Monterrey have won 4 of these & Toluca 2, with the tally of drawn results being 0.

An aggregate of 20 goals were scored between them throughout the course of those matches, with 10 from Los Rayados and 10 belonging to Los Diablos Rojos. This gives an average number of goals per game equal to 3.33.

The last league contest between the two was Liga MX (Clausura) match day 14 on 11/04/2021 which ended up with the score at Toluca 1-2 Monterrey.

In that match, Toluca managed 68% possession and 16 shots at goal with 5 on target. Their only player to score was Jorge Torres Nilo (71').

For their opponents, Monterrey had 16 attempts on goal with 8 of them on target. Sebastián Vegas (51') and Maximiliano Meza (60') scored.

It doesn’t get much better regarding selection, with just the sole fitness concern for the Monterrey boss Javier Aguirre to be concerned about from of an almost fully healthy set of players. Vincent Janssen (Pubitis) misses out.

Thanks to a completely healthy group available for selection, the Toluca boss Hernán Cristante has no fitness worries to report coming into this game.

Our assessment is that Toluca will likely be able to find the net against this Monterrey side, although it may not quite be enough to avoid defeat.

We think that it’s going to be both teams to score in a 2-1 advantage for Monterrey after the 90. We are expecting it to be pretty even. 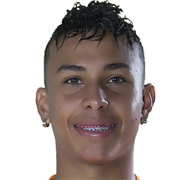 Customarily used in the Striker position, Duvan Vergara was born in Montería, Colombia. After having made a senior debut playing for Rosario Central in the 2018 - 2019 season, the accomplished Forward has contributed 3 league goals in the Liga MX (Apertura) 2021 - 2022 campaign to date from a total of 7 appearances.

While we have made these predictions for Monterrey v Toluca for this match preview with the best of intentions, no profits are guaranteed. Always gamble responsibly, and with what you can afford to lose.