Queen Of The South vs Montrose Live Stream, Predictions

Queen Of The South host visitors Montrose at Palmerston Park in this League One tie on Saturday.

Our Queen Of The South v Montrose predictions, statistics and match poll can be seen below - as well as up-to-date odds.

Queen Of The South
LWWLWL

Queen Of The South won’t want a repeat of their last result here after the 5-1 League One defeat last time out to Alloa Athletic.

Over their prior six games, Willie Gibson's Queen Of The South have netted a combined total of 9 times - an average number of goals per match equal to 1.5.

Their previous form shows that Queen Of The South:

Montrose come into this match following a 1-3 League One win over Kelty Hearts in their most recent game.

For Montrose, the goalscorers were Rory McAllister (2'), Graham Webster (90') and Craig Johnston (93'). Jamie Barjonas (51') was the scorer for Kelty Hearts.

Stewart Petrie's Montrose have managed to stick the ball in the net 12 times throughout their most recent six matches. The aggregate of goals that they have conceded during that period comes to 7.

Going into this encounter, Montrose have left without a victory over Queen Of The South when they've played them away from home in the last 4 matches in the league. They really have not been travelling well at all.

An examination of their past head-to-head meetings going back to 24/02/1996 shows us that Queen Of The South have won 3 of these and Montrose 1, with the number of draws being 2.

A combined total of 19 goals were produced between them throughout the course of those matches, with 15 for The Doonhamers and 4 created by The Gable Endies. The average goals per game has been 3.17.

The Queen Of The South manager Willie Gibson has no fitness concerns to speak of before this clash with a fully injury-free group ready to go.

Thanks to a fully injury-free group available to select from, the Montrose manager Stewart Petrie does not have any fitness worries to report before this game.

We’re inclined to think that Montrose and Queen Of The South should both get enough opportunities to score, although it’s hard to separate the two.

A close call, and we think a draw is quite likely. That’s why our selection here is for a very close game with a 1-1 scoreline at the end of the 90 minutes. 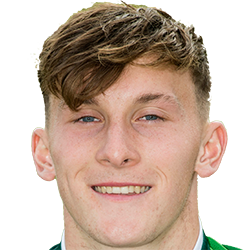 Typically deployed in the Striker position, Ruari Paton was born in Dublin, Rep. Ireland. After having made a senior debut playing for Queen Of The South in the 2022 - 2023 season, the skilful Forward has scored a sum of 6 league goals in the League One 2022 - 2023 campaign to date in a total of 15 appearances.

We have made these Queen Of The South v Montrose predictions for this match preview with the best intentions, but no profits are guaranteed. Please always gamble responsibly, only with money that you can afford to lose. Good luck!