Toronto FC head into the meeting following a 3-2 MLS win with the defeat of Chicago Fire in their most recent match.

The numbers tell their own story, and Toronto FC have been scored against in 6 of their last 6 games, conceding 9 goals in total. In defence, Toronto FC have seen their frailties exposed. We will just have to see whether or not that trend can be sustained in this game.

Delving into past results between these clubs stretching back to 03/08/2019 tells us that these fixtures have not been fruitful for Toronto FC. They have not managed to register any victories at all whereas New York Red Bulls have maintained the edge over them, getting wins in 67% of those games where they have faced each other.

In all, 16 goals were scored between the two sides throughout the course of those matches, with 12 of them for Red Bulls and 4 being from The Reds. That is an average goals per game value of 2.67.

The previous league contest featuring these clubs was MLS match day 2 on 05/03/2022 when the final score was Toronto FC 1-4 New York Red Bulls.

In that game, Toronto FC managed 67% possession and 6 shots at goal with 4 of them on target. Their only player on the scoresheet was Jesús Jiménez (35').

Toronto FC manager Bob Bradley has a number of players out of action. Jonathan Osorio (Leg Injury) and Jahkeele Marshall-Rutty (Knee Problems) are not able to play.

We envisage that New York Red Bulls will most probably get a lot of shots on goal and make them count.

At the same time, Toronto FC could well find it tough to score although we do reckon that they could well end up hitting back at some stage, too.

We’re therefore anticipating a fairly comfortable 3-1 win for New York Red Bulls at the end of this one. 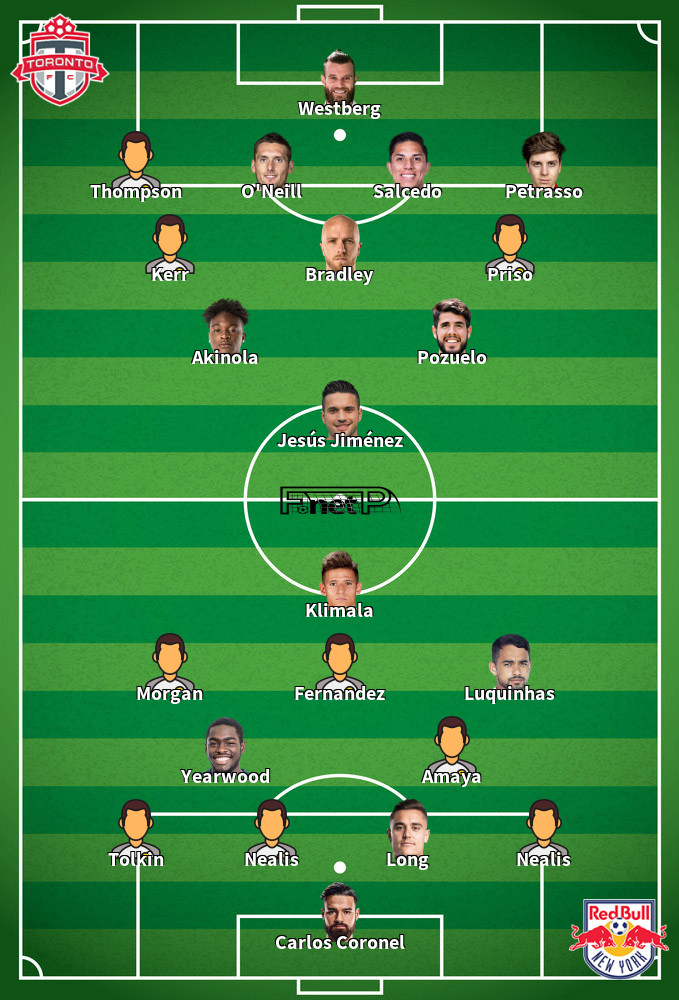 We have made these New York Red Bulls v Toronto FC predictions for this match preview with the best intentions, but no profits are guaranteed. Please always gamble responsibly, only with money that you can afford to lose. Good luck if you do place a bet today.