Newcastle United Jets will be wanting a better result here following a 3-1 A-League losing effort in their last game against Melbourne City.

It’s been all too rare in recent games where Newcastle United Jets have shown defensive steel. In fact, The Jets have seen their defence breached in 6 of their previous 6 matches, letting in 11 goals in the process. That being said, we will just have to wait and see if such a trend might persist here in this game.

Heading into this contest, Newcastle United Jets are without a home win in the past 5 league games. Fans are getting restless.

After suffering a loss in their previous game against Western Sydney Wanderers in A-League competition, Sydney FC will be hoping to turn things around here.

Over the course of their previous half-dozen clashes, Sydney FC have amassed the sum of 9 goals. The Sky Blues have also not failed to score on each one of those occasions. In that time, they’ve seen 8 goals go into their own net.

Going into this encounter, Sydney FC haven’t won away from home in the past 2 league matches.

Looking over their past head-to-head meetings stretching back to 19/01/2019 shows us that Newcastle United Jets have won 2 of these & Sydney FC 4, with the tally of drawn matches standing at 0.

A total of 17 goals were produced between them throughout the course of those matches, with 7 of them from The Jets and 10 for The Sky Blues. The average goals per game has been 2.83.

The previous league meeting featuring these clubs was A-League match day 12 on 13/03/2021 when it finished Sydney FC 2-1 Newcastle United Jets.

The referee was Ben Abraham.

Newcastle United Jets boss Craig Deans will be grateful to have no fitness worries whatsoever ahead of this clash with a completely healthy group available to select from.

Thanks to a fully injury-free group ready to go, Sydney FC manager Steve Corica has zero fitness concerns at all before this game.

We’ve got the feeling that Newcastle United Jets are certainly able to put one past this Sydney FC team, but a single goal might not be enough to give them the result that they want.

Our tip is for a narrow 1-2 advantage for Sydney FC after 90 minutes. It’s a very tough call. 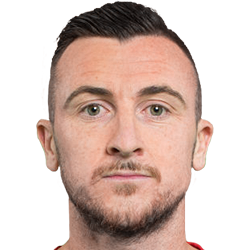 Generally taking to the field in the Striker position, Roy O'Donovan was born in Cork, Rep. Ireland. Having made a first senior appearance for Sunderland in the 2007 - 2008 season, the skilful Forward has scored a sum of 5 league goals in this A-League 2020 - 2021 campaign so far coming from a total of 19 appearances.

We have made these Newcastle United Jets v Sydney FC predictions for this match preview with the best intentions, but no profits are guaranteed. Please always gamble responsibly, only with money that you can afford to lose. Good luck with your selections.