Sunderland will do battle with visiting team Northampton Town at Stadium of Light in this League One tie on Sunday.

Our Sunderland v Northampton Town predictions, statistics and match poll can be seen below (inc. the best betting odds).

Sunderland will want to continue from where they left off last time out with a 1-3 League One success vs Plymouth Argyle.

It has been seldom in recent times where Sunderland have managed to hold out for a full 90 minutes. The reality is that The Black Cats have seen their defence breached in 6 of their previous 6 matches, letting in 10 goals during that time. Such a pattern won’t necessarily follow through into this match, however.

Coming into this contest, Sunderland are without a home win in the past 3 league matches.

Following on from suffering a loss in their previous game against Blackpool in League One competition, Northampton Town will be hoping to turn things around here.

The numbers tell their own story, and Northampton Town have been scored against in 5 of their last 6 matches, seeing their opponents hit 12 goals overall. In defence, The Cobblers certainly have room for improvement.

Coming into this clash, Northampton Town are without an away win for the past 16 league matches. They clearly need to do something about it.

The previous league contest between these clubs was League One match day 22 on 02/01/2021 when it finished Northampton Town 0-0 Sunderland.

The referee was Leigh Doughty.

There’s just one fitness concern for the Sunderland boss Lee Johnson to be concerned with from of an almost fully healthy squad. Arbenit Xhemajli (Cruciate Ligament Surgery) misses out.

Thanks to a fully healthy group available for selection, Northampton Town boss Jon Brady has zero fitness worries to speak of ahead of this clash.

We envisage that Sunderland can and should stay in control for long periods of time and should be able to convert a few of the chances that they create.

In contrast, Northampton Town will be up against it to break down their defence - but, we do see them scoring here as well.

We’re tipping a decent 3-1 win for Sunderland at the end of the 90 minutes. 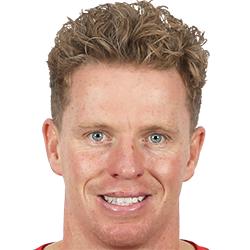 Generally playing in the Centre Midfield position, Grant Leadbitter was born in Chester-le-Street, England. Having made his senior debut playing for Rotherham United in the 2005 - 2006 season, the gifted Midfielder has managed to score 7 league goals in this League One 2020 - 2021 season to date in a total of 39 appearances.

We have made these Sunderland v Northampton Town predictions for this match preview with the best intentions, but no profits are guaranteed. Please always gamble responsibly, only with money that you can afford to lose. Good luck with your selections.