All Norwich City v West Bromwich Albion match predictions, user poll and stats are shown below - along with the latest match odds.

Norwich City will be hoping for a better result following the 0-1 Championship loss in their previous game against West Bromwich Albion.

Norwich City haven’t had any problems with scoring, finding the back of the net in one hundred percent of their last 6 matches.

They have claimed a sum of 13 during that time and have conceded a total of 5.

Analysis of their past results shows that Norwich City:

Demonstrating their predisposition for productive encounters, the back of the net has been hit 21 times in the previous six matches in which West Bromwich Albion have taken to the field, yielding an average of 3.5 goals per meeting. Their opponents have hit 10 of this grand total. That trend isn’t assured to follow through here, of course.

Ahead of this meeting, West Bromwich Albion have not lost to Norwich City when they've played them away from home in the last 3 matches in the league.

Looking over their most recent head to head clashes stretching back to 05/04/2014 tells us that Norwich City have won 2 of these games & West Bromwich Albion 3, with the tally of drawn games being 1.

An aggregate of 15 goals were scored between them throughout the course of those matches, with 8 for The Canaries and 7 belonging to The Baggies. That’s an average goals per game of 2.5.

The last league encounter between these clubs was Championship match day 27 on 12/01/2019 when the final score was West Bromwich Albion 1-1 Norwich City.

In that match, West Bromwich Albion managed 49% possession and 14 shots on goal with 5 on target. Their only player to score was Dwight Gayle (12').

Norwich City had 12 attempts at goal with 4 of them on target. Jordan Rhodes (83') was the scorer.

We believe that West Bromwich Albion will need things to go their way to score against this Norwich City lineup who we reckon will get the vital goal that wins it.

That’s why our selection here is for a good tussle with a 1-0 victory for Norwich City after 90 minutes. 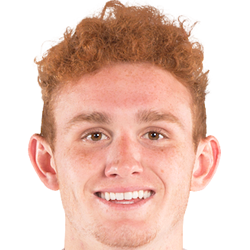 Normally used in the Striker position, Josh Sargent was born in O'Fallon, USA. After having played his first senior match for Werder Bremen in the 2018 - 2019 season, the gifted Forward has got 5 league goals in this Championship 2022 - 2023 campaign to date from a total of 8 appearances.

While we have made these predictions for Norwich City v West Bromwich Albion for this match preview with the best of intentions, no profits are guaranteed. Always gamble responsibly, and with what you can afford to lose. Best of luck.