Our full set of predictions, statistics and match poll for Nottingham Forest v Preston North End can be seen below - as well as the best betting odds.

Nottingham Forest go into this game following a 0-0 Championship draw against Sheffield Wednesday.

In that game, Nottingham Forest had 50% possession and 12 shots at goal with 2 on target. For their opponents, Sheffield Wednesday got 14 attempts on goal with 5 of them on target.

Under three goals per game were scored during 5 of the past 6 meetings where Nottingham Forest have been involved. In terms of the goal weighting from that period, opposition teams scored a total of 5 while The Reds managed a tally of 5.

Analysis of their past results shows that Nottingham Forest:

Preston North End will go into the clash following a 2-0 Championship win versus Barnsley in their most recent fixture.

A tendency of at least one team not scoring a goal in games involving Preston North End has become noticeable in recent matches. Looking at their last 6 meetings shows that it’s happened 6 times. During these clashes, their opponents have managed a goal total of 5 while The Lilywhites have scored 7. Previous results aside, time will tell whether the trend shall be replicated in this game or not.

A look at their previous results shows us that Preston North End:

A glance at their most recent head-to-head meetings going back to 30/01/2018 shows that Nottingham Forest have won 1 of them & Preston North End 2, with the number of drawn matches being 3.

A combined total of 9 goals were produced between them in these games, with 3 from The Reds and 6 created by The Lilywhites. That’s an average goals per game figure of 1.5.

The previous league contest between the two was Championship match day 23 on 02/01/2021 when it ended Preston North End 0-1 Nottingham Forest.

In that game, Preston North End managed 47% possession and 14 attempts at goal with 3 on target.

On the other side, Nottingham Forest got 10 attempts on goal with 1 of them on target. Lewis Grabban (70') was the scorer.

Nottingham Forest boss Chris Hughton will be thankful to have no fitness concerns to speak of ahead of this match owing to a fully injury-free squad available to select from.

Due to a mostly full-strength group of players, there’s only the lone fitness problem for the Preston North End manager Frankie McAvoy to contend with. Patrick Bauer (Achilles tendon rupture) misses out for this game.

We’re of the opinion that Preston North End have it within them to put a goal past this Nottingham Forest side, although that possibly won’t quite be enough to prevent defeat.

We’re expecting a tight encounter finishing with a 2-1 winning score for Nottingham Forest after the 90. 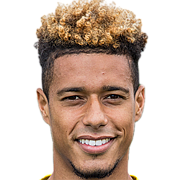 Mostly used in the Striker position, Lyle Taylor was born in Greenwich, England. Having played his first senior match for Eastbourne Borough in the 2008 - 2009 season, the gifted Forward has scored 4 league goals in this Championship 2020 - 2021 season to date coming from a total of 38 appearances.

We have made these Nottingham Forest v Preston North End predictions for this match preview with the best intentions, but no profits are guaranteed. Please always gamble responsibly, only with money that you can afford to lose. Best of luck.