The Championship fixture at The City Ground on Monday will see hosts Nottingham Forest fighting it out with QPR.

Nottingham Forest are hoping to win again after their last result, the 0-1 Championship triumph over Cardiff City.

Nottingham Forest have found it difficult to unlock defences in recent times. Their goals record stands at just 3 versus opposition teams during their previous six matches. In those games, The Reds have also seen the number of goals that have gone against them total 6. We will have to see whether or not that trend will be sustained in this game.

A look at their previous results shows us that Nottingham Forest:

QPR will go into this meeting after a 3-0 Championship win versus Coventry City in their last fixture.

A series of reliable showings from the Queens Park Rangers defensive players has seen their ‘goals against’ tally standing at 4 from their previous 6 clashes combined. Over that same time, the number of goals that they have scored themselves amounts to 10.

Their past results show that Queens Park Rangers:

Inspecting their most recent head-to-head meetings dating back to 24/02/2018 shows us that Nottingham Forest have won 3 of them and QPR 2, with the tally of drawn results being 1.

A total of 15 goals were scored between them during those clashes, with 10 of them from The Reds and 5 coming from The R's. The average number of goals per game works out to 2.5.

The previous league meeting featuring the two was Championship match day 1 on 12/09/2020 when the final score was Queens Park Rangers 2-0 Nottingham Forest.

Nottingham Forest got 6 shots at goal with 0 of them on target.

Nottingham Forest manager Chris Hughton has a full complement, with no fitness concerns at all ahead of this match thanks to a completely healthy squad to pick from.

Thanks to a largely available group of players, there is only a single fitness worry for the QPR boss Mark Warburton to be concerned about. Luke Amos (Cruciate Ligament Rupture) misses out for this game.

Our feeling is that QPR might have a difficult job to see themselves scoring against this Nottingham Forest side who should score at least once to gain the upper hand.

We’re therefore seeing a very even contest with a 1-0 victory for Nottingham Forest when all is said and done. 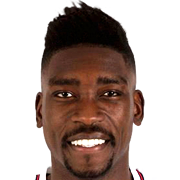 Regularly taking to the field in the Right Attacking Midfielder position, Sammy Ameobi was born in Newcastle, England. After making a first senior appearance for Newcastle United in the 2010 - 2011 season, the skilful Midfielder has accumulated 3 league goals in the Championship 2020 - 2021 season so far in 30 appearances.

While we have made these predictions for Nottingham Forest v QPR for this match preview with the best of intentions, no profits are guaranteed. Always gamble responsibly, and with what you can afford to lose. Good luck!