The Super League tie at Toumba Stadium on Saturday will see hosts PAOK do battle with opponents OFI Crete.

Full predictions, pre-match stats and user poll for PAOK v OFI Crete are shown on this page - plus the latest betting odds.

PAOK are hoping to win again after their last result, the 2-0 Super League victory versus Panetolikos.

In that game, PAOK managed 56% possession and 13 attempts on goal with 11 of them on target. For PAOK, the scorers were Jasmin Kurtić (29') and Léo Jabá (92'). Panetolikos had 5 attempts at goal with 3 on target.

Matches with PAOK have usually been engaging ones recently with a lot of goalmouth action the rule rather than the exception. Over their past six clashes alone, a grand total of 21 goals have been scored for both sides combined (at an average of 3.5 goals per game) with 15 of these being chalked up by PAOK. That sort of pattern won’t necessarily be sustained into this next game, however.

Their past results show that PAOK:

OFI Crete go into this game following a 0-3 Super League win versus Apollon Smyrni in their most recent match.

In that game, OFI Crete had 60% possession and 19 attempts on goal with 9 of them on target. For OFI Crete, the goals were scored by Lazaros Lamprou (24', 26') and Felipe Gallegos (63'). Apollon Smyrni had 5 attempts at goal with 2 on target.

The stats tell the story, and OFI Crete have been scored against in 5 of their last 6 matches, seeing their opponents hit 7 goals overall. In defence, OFI Crete have seen their frailties exposed.

A study of their past head to head results going back to 09/02/2020 shows that these fixtures have not been kind to OFI Crete. They’ve not managed to register any victories whatsoever whereas PAOK have been superior, winning in 83 per cent of those matches played.

The previous league contest featuring these clubs was Super League match day 5 on 03/10/2021 which ended up with the score at OFI Crete 1-3 PAOK.

On that day, OFI Crete managed 52% possession and 8 attempts on goal with 3 of them on target. Their only player to score was Adil Nabi (91').

Owing to a completely injury-free group available for selection, the OFI Crete manager Nikos Nioplias has no fitness concerns at all before this match.

We envisage that PAOK will most probably score more than once when they play OFI Crete, who could well struggle getting on the scoresheet.

Accordingly, we see a comfortable 2-0 victory for PAOK by the time that the referee blows the final whistle. 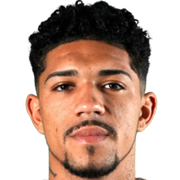 Mostly played in the Centre Midfield position, Douglas was born in Rio de Janeiro, Brazil. Having made a first senior appearance for Fluminense in the 2015 season, the skilful Midfielder has struck 3 league goals in the Super League 2021 - 2022 campaign so far in 12 appearances.

While we have made these predictions for PAOK v OFI Crete for this match preview with the best of intentions, no profits are guaranteed. Always gamble responsibly, and with what you can afford to lose. Good luck with your selections.