Our tips, poll and stats for Oostende v Antwerp can all be found here - plus the latest match odds.

Oostende will be hoping for a better result after the 2-1 First Division A loss in their previous game against KV Mechelen.

In that match, Oostende managed 43% possession and 14 shots on goal with 4 of them on target. The only player on the scoresheet for Oostende was Nick Bätzner (63'). Mechelen got 16 attempts on goal with 6 on target. Alessio Da Cruz (40') and David Bates (70') scored for KV Mechelen.

Three or more goals per match were seen in 6 of the last 6 meetings where Oostende have taken part. Opposing sides scored 16 of them in these games while Oostende managed a tally of 7.

Ahead of this clash, Oostende have not registered a win against Antwerp in their previous 3 league matches.

After being beaten in their last game against Union Saint-Gilloise in First Division A action, Antwerp will be hoping to turn things around here.

Illustrating their involvement in productive matches, goals have been scored 21 times in the last six games in which Antwerp have sent out their troops, making it an average of 3.5 goals for each fixture. Opposing teams have hit 7 of these goals. Putting that to one side, it remains to be seen whether that pattern will be sustained here in this match or not.

Going into this encounter, Antwerp are without a win away from home in their last 6 league games.

A glance at their most recent head to head clashes going back to 29/02/2020 tells us that Oostende have won 1 of these games & Antwerp 4, with the number of draws being 1.

In all, 18 goals were shared by the two clubs in these games, with 5 of them for De Kustboys and 13 for The Great Old. That’s an average goals per game figure of 3.

The last league contest between the two was First Division A match day 13 on 20/10/2022 which finished with the scoreline of Antwerp 3-0 Oostende.

On the other side, Oostende got 6 shots on goal with 2 of them on target.

Our thinking is that Oostende will have to work hard as a team to find the net against this Antwerp outfit who we reckon should score at least once to gain the upper hand.

We’re therefore anticipating a highly competitive game with a 0-1 victory for Antwerp at the end of the 90 minutes. 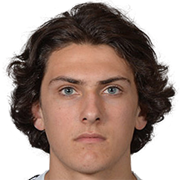 Mostly deployed in the Striker position, Fraser Hornby was born in Northampton, England. Having made his senior debut playing for KV Kortrijk in the 2019 - 2020 season, the talented Forward has contributed 5 league goals in the Pro League 2022 - 2023 campaign to date in 12 appearances.

While we have made these predictions for Oostende v Antwerp for this match preview with the best of intentions, no profits are guaranteed. Always gamble responsibly, and with what you can afford to lose. Good luck!