Our tips, poll and stats for Palmeiras v Tigre can all be found here including the latest game odds.

Palmeiras won’t want a repeat of their last result here after a 2-0 Série A defeat last time out to Fortaleza.

In that match, Palmeiras had 50% possession and 15 shots at goal with 3 on target. On the other side, Fortaleza had 9 shots on goal with 4 of them on target. David (35', 41') was the scorer for Fortaleza.

It has been a rare occasion in recent games where Palmeiras have managed to hold out for a full 90 minutes. The facts show that Verdão have failed to prevent opponents from scoring in 5 of their previous 6 games, letting in 10 goals along the way.

Since a loss in their previous game against Guaraní in Copa Libertadores competition, Tigre and their travelling fans will hope for a better result here.

Looking at their form, and Tigre have been scored against in 6 of their last 6 matches, letting opponents get 15 goals in all. At the back, Matadores could really do with shoring things up. We will just have to see if that trend will end up being continued on into this next match.

Our feeling is that Palmeiras certainly have the ability to get the goals that they need when they come up against Tigre, who may well struggle to find the back of the net.

We’re tipping a pretty comfortable 2-0 margin for Palmeiras at full-time. 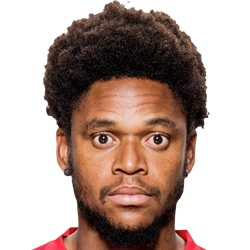 Mostly deployed in the Striker position, Luiz Adriano was born in Porto Alegre, Brazil. Having made his senior debut playing for Internacional in the 2006 season, the accomplished Forward has struck 4 league goals in the Série A 2020 season to date coming from a total of 12 appearances.

While we have made these predictions for Palmeiras v Tigre for this match preview with the best of intentions, no profits are guaranteed. Always gamble responsibly, and with what you can afford to lose. Best of luck.