Return to this page a few days before the scheduled game when this expired prediction will be updated with our full preview and tips for the next match between these teams.
Full-Time Result Prediction
👉
Spezia to Win

Full predictions, pre-match stats and user poll for Spezia v Parma are shown on this page (plus the best game odds).

Spezia will be hoping to bounce back here following the 3-0 Serie A loss in their previous game against Fiorentina.

It’s been a rare occasion in recent times that Spezia haven’t conceded. In fact, Spezia have seen their defence breached in 5 of their previous 6 games, giving up 13 goals along the way. We will have to see whether or not that trend will end up being sustained here.

In their last game, Parma drew 2-2 in the Serie A tie with Udinese.

In that match, Parma had 46% possession and 16 attempts on goal with 5 of them on target. For Parma, the goals were scored by Andreas Cornelius (3') and Juraj Kucka (32'). For their opponents, Udinese had 14 shots on goal with 3 on target. Stefano Okaka (64') and Bram Nuytinck (80') scored for Udinese.

The attacking players from Parma have struggled for goals over their last six clashes, netting the disappointing return of only 4. In those fixtures, I Crociati have also seen the overall goal tally of opposing teams equal 13.

Ahead of this clash, Parma are without a win away from home in their last 6 league matches.

In our opinion, Parma will have their work cut out to put one past this Spezia outfit who we think should score at least once to gain the upper hand.

That’s why we have predicted a good battle with a 1-0 winning score for Spezia at the conclusion of the game. 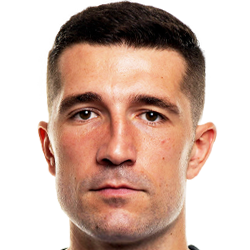 Normally used in the Striker position, Andrey Galabinov was born in Bulgaria. Having played his first senior match for Livorno in the 2010 - 2011 season, the accomplished Forward has contributed 3 league goals in this Serie A 2020 - 2021 season to date in a total of 7 appearances.

While we have made these predictions for Spezia v Parma for this match preview with the best of intentions, no profits are guaranteed. Always gamble responsibly, and with what you can afford to lose. We wish you the best of luck.