The League One fixture at Weston Homes Stadium on Saturday sees home side Peterborough United taking on opponents Portsmouth.

Scroll down to see all of the predictions, poll and statistics for Peterborough United v Portsmouth - as well as up-to-date odds.

Peterborough United will be looking for a repeat result of the 0-2 League One success against Port Vale.

The only name on the scoresheet from Peterborough United was Ephron Mason-Clark (56', 64').

In their preceding 6 games, Darren Ferguson's Peterborough United have celebrated scoring a combined total of 7 times, an average number of goals per match equal to 1.17.

Portsmouth will go into this encounter after a 0-2 League One win against Fleetwood Town in their last fixture.

A tendency of at least one team drawing a blank in games involving Portsmouth has been evident of late. A glance at their last six outings reveals that this has happened 5 times. In those clashes, their opponents have hit a goal total of 8 while Portsmouth have scored 5.

Coming into this contest, Portsmouth haven't won against Peterborough United when having played them away from home in the previous 2 league games.

A look at their most recent head-to-head clashes stretching back to 07/12/2019 shows that Peterborough United have won 3 of these & Portsmouth 2, with the number of drawn matches being 1.

A combined total of 18 goals were yielded between them in this period, with 11 of them from The Posh and 7 being from Pompey. The average goals per game has been 3.

The previous league meeting featuring the two was League One match day 7 on 03/09/2022 which ended up with the score at Portsmouth 2-1 Peterborough United.

The Peterborough United manager Darren Ferguson will be grateful not to have any fitness worries to speak of before this game with a fully injury-free squad to pick from.

Out of a mainly full-strength group, there is just the sole fitness issue for the Portsmouth boss John Mousinho to be concerned about. Jayden Reid (Knee Injury) won’t be in action.

We feel that over the course of the game, Portsmouth might need a bit of good fortune to register a score against this Peterborough United team who we reckon will end up scoring and staying ahead.

Therefore, we predict a very even contest with a 1-0 winning score for Peterborough United when the referee blows for full-time. 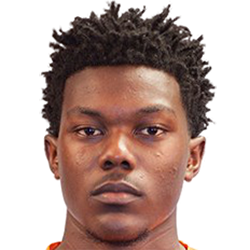 Typically played in the Central Attacking Midfielder position, Ephron Mason-Clark was born in Lambeth, England. After making a first senior appearance for Barnet in the 2016 - 2017 season, the skilful Midfielder has netted 4 league goals in the League One 2022 - 2023 season to date in 18 appearances.

While we have made these predictions for Peterborough United v Portsmouth for this match preview with the best of intentions, no profits are guaranteed. Always gamble responsibly, and with what you can afford to lose. Best of luck with your selections.