This Peterborough United v Wigan Athletic live stream video is ready to be broadcast on 27/02/2021. Football fans can watch the fixture on a live streaming service should the game be included in the schedule provided above. Here we give helpful information for watching this League One match including the most recent guide to form, h2h clashes and our match tips.

To view this game using alternative ways, check television schedules for your place of residence. Such broadcasting contracts are typically granted on a per-competition/league or even per-fixture basis. For fixtures shown live on regional tv programmes, check the listings on channels such as BT Sport, Amazon Prime Video, Sky Sports, Now TV, iTV, Canal+, Fox Soccer, ESPN that are relevant for your current location.

After the match finishes, we may also provide a link to game highlights from time to time. We are not responsible for transmitting any match video content linked to from here. All legal issues must be dealt with via the hosters/owners of the content.

Peterborough United will take to the pitch with the visiting Wigan at Weston Homes Stadium in this League One clash on Saturday.

Our tips, poll and stats for Peterborough United v Wigan can all be found here including the latest game odds.

Peterborough United fans will want a repeat of their previous result, being the 0-3 League One success vs Plymouth Argyle.

For Peterborough United, the scorers were Sammie Szmodics (46'), Jonson Clarke-Harris (63') and Jack Taylor (84').

At least three goals per game have been seen in 5 of the last 6 meetings where Peterborough United have participated. Their opponents scored 4 times in these games while The Posh totted up 14. We will have to see whether or not that trend will end up being continued on in this game.

Their past results show that Peterborough United:

Wigan go into this encounter following a 1-2 League One win against Bristol Rovers in their last outing.

Illustrating their predisposition for fruitful matches, the back of the net has been hit 20 times in the previous six matches in which Wigan Athletic have taken to the pitch, yielding a mean average of 3.33 goals for each clash. Opposing teams have hit 13 of these goals.

An examination of their prior head to head meetings dating back to 08/03/2003 tells us that Peterborough United have won 2 of these games & Wigan 1, with the tally of drawn matches standing at 3.

In all, 15 goals were shared by the two clubs throughout the course of those matches, with 8 of them for The Posh and 7 belonging to The Latics. That’s an average goals per game figure of 2.5.

The last league encounter featuring these clubs was League One match day 7 on 20/10/2020 which ended up with the score at Wigan Athletic 0-1 Peterborough United.

Peterborough United boss Darren Ferguson has a full complement, with no fitness concerns whatsoever before this game thanks to a completely injury-free squad to pick from.

Due to a fully healthy squad available to select from, Wigan manager Leam Richardson does not have any fitness worries at all coming into this clash.

In this match, Peterborough United will likely create enough chances to score more than one when they play Wigan, who won’t find it easy getting goals.

We’re therefore anticipating a 2-0 margin for Peterborough United at the conclusion of the game. 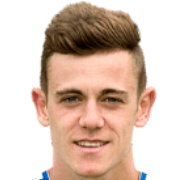 Mostly playing in the Central Attacking Midfielder position, Sammie Szmodics was born in Colchester, England. After making a first senior appearance for Colchester United in the 2013 - 2014 season, the accomplished Midfielder has struck 8 league goals in this League One 2020 - 2021 season so far coming from a total of 27 appearances.

While we have made these predictions for Peterborough United v Wigan for this match preview with the best of intentions, no profits are guaranteed. Always gamble responsibly, and with what you can afford to lose. Best of luck with your selections.

⚽️ Where can I get the previews for other League One games?

You can see all of our upcoming (and previous) League One predictions & previews here.