Peterhead visit Lesser Hampden on Saturday for the League One tie with home side Queen's Park.

Scroll down to see all of the predictions, poll and statistics for Queen's Park v Peterhead (including the best match odds).

Queen's Park go into this match following on from a 2-2 League One tied result against Clyde.

Their more recent scorelines highlight the fact that quality has been evident in the Queen's Park defence. Queen's Park have been miserly, with the number of goals that have gone past their goalkeeper over the course of their last 6 games standing at 4. Historical results aside, it remains to be seen if the trend will persist in this game.

Their prior results show that Queen's Park:

Since being defeated in their last game at the hands of Cove Rangers in League One competition, Peterhead will be hoping to turn things around here.

Rory McAllister (79') was the scorer for Cove Rangers.

The stats tell the story, and Peterhead have been scored against in 6 of their last 6 games, seeing their opponents hit 11 goals in all. At the back, Peterhead seem to have a bit of a soft underbelly.

Going into this contest, Peterhead are without a win away from home in their last 4 league matches.

A review of their prior head to head meetings stretching back to 28/01/2017 tells us that Queen's Park have won 2 of them & Peterhead 3, with the number of drawn matches being 1.

A sum of 15 goals were scored between the two sides in these games, with 6 for The Spiders and 9 coming from The Blue Toon . This gives an average number of goals per game equal to 2.5.

The previous league meeting between the two was League Two match day 36 on 04/05/2019 when the final score was Queen's Park 0-2 Peterhead.

The Queen's Park manager Laurie Ellis will be grateful to have no fitness concerns at all before this game owing to a fully healthy squad available for selection.

We’re of the opinion that Queen's Park will most probably get a couple of goals in this one when they come up against Peterhead, who could well find it tough finding the net themselves.

We’re therefore anticipating a controlled 2-0 win for Queen's Park by the time that the referee blows the final whistle. 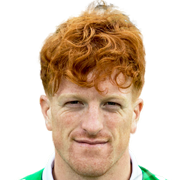 Normally taking up the Striker position, Simon Murray was born in Dundee, Scotland. After making a first senior appearance for Montrose in the 2010 - 2011 season, the goalscoring Forward has netted 4 league goals in the League One 2021 - 2022 season to date coming from a total of 7 appearances.

While we have made these predictions for Queen's Park v Peterhead for this match preview with the best of intentions, no profits are guaranteed. Always gamble responsibly, and with what you can afford to lose. Good luck!