The La Liga 2 match at Estadio José Zorrilla on Saturday will see home side Real Valladolid take on Ponferradina.

Real Valladolid will be looking for a repeat result of a 0-2 La Liga 2 triumph over Eibar.

Real Valladolid haven’t had any problems with scoring, hitting the target every time they’ve gone out to play in their last 6 games.

They’ve claimed a sum of 12 during that period while seeing the number of goals scored against them stand at 7. That trend isn’t assured to be carried forward here, though.

Ponferradina head into the encounter following a 3-1 La Liga 2 win with the eclipse of Burgos in their most recent outing.

In that match, Ponferradina managed 61% possession and 14 shots at goal with 6 on target. For Ponferradina, the goals were scored by Naranjo (19'), Ríos Reina (40') and Kike Saverio (85'). At the other end, Burgos got 12 attempts at goal with 4 of them on target. Guillermo (70') scored for Burgos.

Coming into this meeting, Ponferradina haven't been beaten by Real Valladolid in away games against them for the last 2 league games.

A look at their prior head to head clashes dating back to 06/03/2011 tells us that Real Valladolid have won 1 of them and Ponferradina 2, with the number of drawn games being 3.

An aggregate of 12 goals were shared by the two clubs in these games, with 4 of them from Pucela and 8 coming from La Ponfe. That’s an average goals per game figure of 2.

The previous league contest between these clubs was La Liga 2 match day 8 on 01/10/2021 when it ended Ponferradina 2-2 Real Valladolid.

Real Valladolid had 7 attempts on goal with 3 of them on target. Rubén Alcaraz (68') and Shon Weissman (72') scored.

From a largely available squad, there is just a single fitness issue for the Ponferradina boss Bolo Pérez Alonso to be concerned with. Kike Saverio (Achilles tendon rupture) won’t be playing here.

We’re inclined to think that Real Valladolid should score a couple of goals when they line up against Ponferradina, who could well find it tough getting goals.

We’re predicting a comfortable 2-0 win for Real Valladolid after 90 minutes. 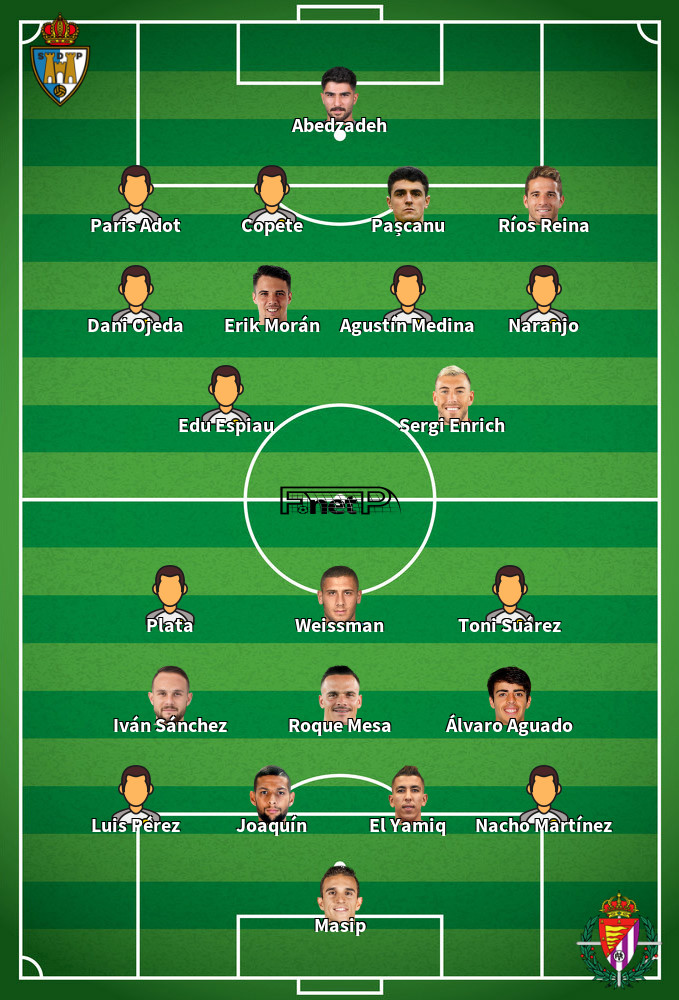 Normally playing in the Right Wing position, Gonzalo Plata was born in Guayaquil, Ecuador. Having made his senior debut playing for Sporting Lisbon in the 2019 - 2020 season, the gifted Forward has managed 5 league goals in this LaLiga2 2021 - 2022 season so far in 27 appearances.

We have made these Real Valladolid v Ponferradina predictions for this match preview with the best intentions, but no profits are guaranteed. Please always gamble responsibly, only with money that you can afford to lose. We wish you the best of luck.