Salernitana will visit Stadio Guido Teghil on Tuesday for the Serie B showdown with hosts Pordenone.

All Pordenone v Salernitana match predictions, user poll and stats are shown below - along with the latest match odds.

Pordenone will be wanting a better result here following a 1-0 Serie B defeat in their last game at the hands of Reggiana.

Maurizio Domizzi's Pordenone have hit the back of the net a sum total of 9 times over their last 6 outings. At the other end, the tally of goals that have been scored against them in that time amounts to 9.

Looking at their past form shows that Pordenone:

Following on from being defeated in their last game at the hands of Monza in Serie B competition, Salernitana will be hoping to turn things around here.

During their six most recent matches, Fabrizio Castori's Salernitana have managed to stick the ball in the net a total of 8 times therefore earning them the goals per game average of 1.33.

The last league encounter between these sides was Serie B match day 17 on 04/01/2021 which ended up with the score at Salernitana 0-2 Pordenone.

On that occasion, Salernitana had 42% possession and 13 attempts at goal with 3 of them on target.

For their opponents, Pordenone had 15 shots at goal with 6 of them on target. Alberto Barison (73') and Davide Diaw (93') scored.

The match was refereed by Antonio Rapuano.

Salernitana boss Fabrizio Castori has to choose from a squad that has some fitness concerns. Patryk Dziczek (Ill) and Cristiano Lombardi (Muscle Injury) are those who can’t be considered.

We are of the inclination to think that Salernitana and Pordenone may well end up cancelling each other out here.

A draw looks like a realistic possibility, but we’ll see what happens. We’re therefore tipping a very close game with a 1-1 score at the end of this game. 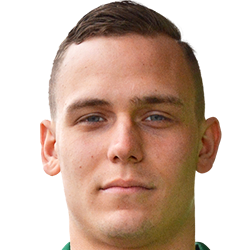 Generally taking up the Striker position, Sebastian Musiolik was born in Knurów, Poland. After making a first senior appearance for Piast Gliwice in the 2015 - 2016 season, the goalscoring Forward has bagged 6 league goals in this Serie B 2020 - 2021 season so far from a total of 28 appearances.

While we have made these predictions for Pordenone v Salernitana for this match preview with the best of intentions, no profits are guaranteed. Always gamble responsibly, and with what you can afford to lose. Good luck!