QPR will be the visitors at Deepdale on Wednesday for the Championship fixture with home side Preston North End.

Our full set of predictions, statistics and match poll for Preston North End v QPR can be seen below - as well as up-to-date odds.

Preston North End will be looking to improve on their last outing here after the 4-0 Championship losing effort in their last game against Cardiff City.

Preston North End haven’t exactly had impressive attacking statistics in recent times. Their goals record equals just 3 vs opposing sides during the course of their previous six matches. In those games, The Lilywhites have also seen the number of goals that have gone against them come to 9.

Heading into this contest, Preston North End are without a win at home for the past 4 matches in the league. Fans are getting restless.

QPR go into this match following a 2-1 Championship win vs Bournemouth in their most recent match.

A succession of hard-working showings from the Queens Park Rangers defensive players has resulted in the number of goals they’ve conceded amounting to 4 from their previous 6 outings combined. Over that same period, the number of goals that they have scored themselves is 8. That kind of pattern might not follow through into this next game, of course.

Going into this contest, Queens Park Rangers haven't been defeated in their previous 6 away league matches.

Looking at their most recent head-to-head meetings dating back to 14/04/2018 shows that Preston North End have won 4 of these games and QPR 2, with the number of drawn matches being 0.

In all, 17 goals were scored between the two sides in these games, with 10 of them from The Lilywhites and 7 coming from The R's. This gives an average number of goals per game equal to 2.83.

The last league meeting between these clubs was Championship match day 6 on 21/10/2020 and the score finished Queens Park Rangers 0-2 Preston North End.

That day, Queens Park Rangers managed 56% possession and 6 shots on goal with 0 of them on target.

Preston North End got 8 attempts on goal with 3 on target. Daniel Johnson (24') and Scott Sinclair (60') scored.

Looking at personnel, there is just the lone fitness concern for the Preston North End manager Alex Neil to be concerned with from a near full-strength group of players. Patrick Bauer (Achilles tendon rupture) is sidelined.

Thanks to a largely full-strength group, there’s only a single fitness issue for the QPR gaffer Mark Warburton to be concerned with. Luke Amos (Cruciate Ligament Rupture) won’t be in action.

Our assessment is that QPR and Preston North End should both get enough opportunities to score, although it’s hard to separate the two.

A draw is a real possibility, as we are expecting there to be little between them. We therefore see a close game with a 1-1 draw at the end of this game. 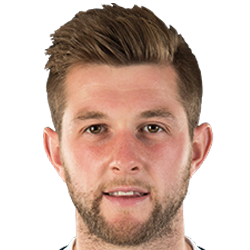 Mostly taking up the Right Wing position, Tom Barkhuizen was born in Blackpool, England. After having made a senior debut playing for Hereford United in the 2011 - 2012 season, the skilful Forward has got 4 league goals in the Championship 2020 - 2021 season so far in a total of 29 appearances.

While we have made these predictions for Preston North End v QPR for this match preview with the best of intentions, no profits are guaranteed. Always gamble responsibly, and with what you can afford to lose.