Return to this page a few days before the scheduled game when this expired prediction will be updated with our full preview and tips for the next match between these teams.
Full-Time Result Prediction for Queen's Park vs Elgin City
Draw
The League Two game at Hampden Park on Saturday will see home team Queen's Park welcoming opponents Elgin City.

We feel that Elgin City and Queen's Park could well both score and end up finding themselves in a fairly even game here. A draw looks like a realistic possibility, but we’ll see what happens. We’re therefore seeing a very even match with a 1-1 score draw at the end of the match. Our Queen's Park v Elgin City tips, poll and stats can be seen in full below - along with the latest match odds.

Going into this game, the form guide shows that Elgin City:

Leading up to this clash, Queen's Park: 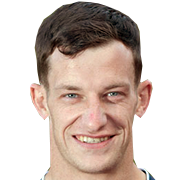 Usually played in the Central Attacking Midfielder position, David Galt was born in Scotland. Having made a first senior appearance for Queen's Park in the 2015 - 2016 season, the gifted Midfielder has managed to score 5 league goals in the League Two 2019 - 2020 season so far in a total of 21 appearances.

While we have made these predictions for Queen's Park v Elgin City for this match preview with the best of intentions, no profits are guaranteed. Always gamble responsibly, and with what you can afford to lose. Good luck if you do place a bet today.