View all of the Rangers v St Johnstone predictions, poll and stats below (inc. the best betting odds).

Rangers will be looking for a repeat result of a 3-0 Premiership victory versus St Mirren.

In that game, Rangers managed 73% possession and 27 attempts at goal with 11 on target. The only player to score for Rangers was Alfredo Morelos (69', 74'). At the other end, St Mirren had 4 shots at goal with 2 of them on target. Conor McCarthy (23' Own goal) scored for St Mirren.

A recurring characteristic of recent Rangers games is the high number of scores with a nil in them.

From their previous sextet of matches leading up to this one, in 5 of them a wager on both teams scoring would've been a losing one. We will see if that trend will be sustained in this game.

Coming into this fixture, Rangers haven't lost in the league to St Johnstone in their previous 6 games.

In their previous fixture, St Johnstone drew 1-1 in the Premiership match with Dundee United.

For 5 of the past six games involving St Johnstone, a notably low volume of goals have been struck between them and opposing teams. The overall average number of goals per game within that period works out to just 1.67, with the average goals for The Saints being 0.83.

A look at their previous results shows us that St Johnstone:

A review of past results between these clubs stretching back to 27/02/2018 tells us that these encounters have not been kind to St Johnstone. They’ve not been able to register any wins whatsoever whereas Rangers have been the better of the two, running out winners in 67 per cent of those ties.

The previous league match featuring the two was Premiership match day 28 on 23/02/2020 which finished with the scoreline of St Johnstone 2-2 Rangers.

The match was refereed by Willie Collum.

In all likelihood, The Gers will possibly line up in a 4-3-3 formation in the match, beginning the first half with Jon McLaughlin, Borna Barisic, Leon Balogun, Connor Goldson, James Tavernier, Glen Kamara, Ryan Jack, Joe Aribo, Cedric Itten, Alfredo Morelos and Ianis Hagi.

Due to a completely injury-free group available to select from, St Johnstone manager Callum Davidson does not have any fitness concerns whatsoever before this game.

We’ve got the feeling that Rangers will most probably get amongst the goals when they meet St Johnstone, who won’t find it easy to find the back of the net.

Our selection here is for a comfortable 2-0 win for Rangers at the end of the match.

Over/Under 2.5 Goals Prediction for Rangers vs St Johnstone
Under 2.5 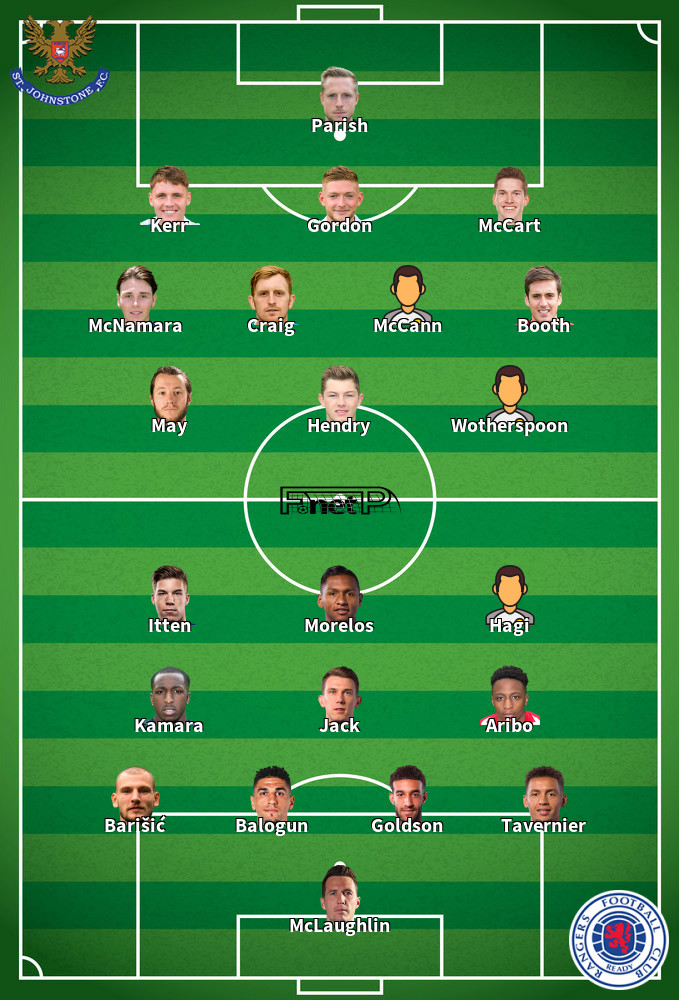 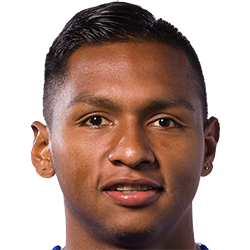 Regularly deployed in the Striker position, Alfredo Morelos was born in Cereté, Colombia. After making a first senior appearance for HJK in the 2016 season, the skilful Forward has hit 2 league goals in this Premiership 2020 - 2021 season so far in a total of 2 appearances.

While we have made these predictions for Rangers v St Johnstone for this match preview with the best of intentions, no profits are guaranteed. Always gamble responsibly, and with what you can afford to lose. We wish you the best of luck.