Return to this page a few days before the scheduled game when this expired prediction will be updated with our full preview and tips for the next match between these teams.
Full-Time Result Prediction for Reading vs Blackburn
Draw

We’re inclined to think that Blackburn Rovers and Reading could both find goals hard to come by here. We’re therefore seeing a very competitive game with a 0-0 score by the conclusion of this game. Our predictions, user poll and statistics for Reading v Blackburn Rovers can be found here - as well as up-to-date odds.

Going into this one, Reading haven't been beaten in the league by Blackburn Rovers in their last 4 matches. 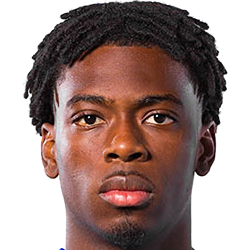 Customarily played in the Centre Midfield position, Ovie Ejaria was born in Southwark, England. After making a first senior appearance for Liverpool in the 2016 - 2017 season, the dangerous Midfielder has accumulated 2 league goals in this Championship 2019 - 2020 campaign to date in 5 appearances.

While we have made these predictions for Reading v Blackburn Rovers for this match preview with the best of intentions, no profits are guaranteed. Always gamble responsibly, and with what you can afford to lose.